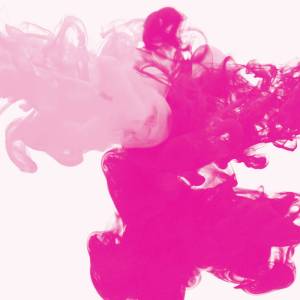 We’re surrounded by sound. It might be the clamour of a neighbours’ dog barking at a passing pedestrian, the sibilance of an air-conditioning unit, or even—as in this relevant and entertaining audio short story for BBC Radio 4—the groaning sigh your toilet makes when you flush it. We cope with this perpetual cacophony by filtering background noise out from our consciousness, a process so automatic as to be unconscious.

Madeleine Cocolas chose to pay attention to these neglected sounds, capturing field recordings as a kind of audio journal, a way of marking time passing. She doesn’t state this explicitly in the press release but it seems like this was her way of coping with the enforced isolation of the lockdowns of the last years. The more attention she paid, the more aural commonalities she noticed. She began combining, layering, adding instrumentation. The title of the resulting album, Spectral, isn’t explained in the press release but it seems to imply that the combinations created seemingly unexplainable enrichments. In the same way as most so-called ghost encounters are traceable back to the combinations of mundane phenomena, if you explain the source, the phenomena loses its capacity to inspire awe.

Sometimes Cocolas places her source sounds in the forefront, but this doesn’t seem to be the case in album opener, “A Memory, Blown Out”, which begins with a solo vocalist singing a pure note. Further vocalists, some of them vocal-like non-human sounds, join an ever-thickening chorus. It often difficult to tell human and non-human apart, and that’s the point. As the assembled “vocalists” enter and depart, harmonic tensions appear, shift, and dissolve. Cocolas has a knack for subtle wordplay and the “blowing out” of the title could be read in two ways: is the memory being expanded like a soap bubble? Or is it being blown out like a candle, dispelled, eliminated? It’s not clear; perhaps both. The title of the closing track, “Rip”, is similarly intriguing: is something being torn? Is there a riptide, dragging us away from safety? There’s certainly something dangerously seductive about the music.

The emotional journey of Cocolas’s wonderful previous album Ithaca was prompted by the complex reaction the composer had when she chose to return to her native Australia and there’s a certain irony that soon after releasing it she would find herself trapped there, while many other Australians found themselves trapped outside their homeland. Ithaca and Spectral both explore emotional reactions to (re)location and although some of the instrumental pallet is different, Cocolas uses piano and vocals similarly in both albums: the vocals express emotion; the piano is a tool for reflection.

Spectral is a powerful and subtle contemplation on place: our place in the world, the ways it makes us feel, and our ways of coping. Are we happy with where we are? Can we cope with its challenges, or do we need to move? These kinds of questions confront us often in our lives. Spectral is a beautiful document of Madeleine Cocolas’ own explorations and struggles, and as such it can help us to find our own way. (Garreth Brooke)