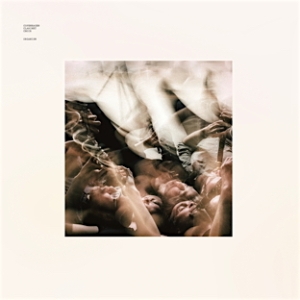 Groups of instrumentalists face a challenge that soloists do not, in that each member must constantly adapt and respond to the others’ pitch, tempo and timbre. Ensembles of varying natures have different ways of staying cohesive; an orchestra follows their conductor’s baton, a drummer sets their band’s tempo, cellists draw their bows in the same directions. And an ensemble of wind instruments, like a vocal choir, must breathe together in order to play together. For wind players, the breath is the pulse of performance. The six clarinetists of Copenhagen Clarinet Choir understand this well. Their debut Organism showcases their ability to sync so harmoniously that they seem not just to breathe together– but to breathe, and play, as one.

The opening track turns out to be a microcosm of the LP, conceiving of the trajectory the rest of it will cycle through. Beginning as a somnolent murmur, it swells– taking its time– before awakening, and eventually bursting into the parts of its sum. Individual voices make themselves known, like hatchlings squawking to be fed, and later reconverge, as if hushedly settling back into the nest after being nourished and placated. Suddenly, in “Flocking,” the nest is empty (they grow up so fast!). Trills become fluttering songbirds who form unique patterns while conforming to the piece’s soaring shifts.

On “Hive Mind,” the album takes a migration of its own from the avian world to the entomological. One likely hadn’t realized until hearing this piece how disconcertingly similar a clarinet ensemble can sound to a swarm of wasps. One should hope to make it through unscathed to enjoy “Three Movements” and “Water Piece.” At times the six clarinets seem to multiply, shattering into a hundred birds or dissolving into an entire sea, and at others they blend into a singularity. But the soundscape – always bending and stretching, ballooning before recompressing–is too three-dimensional to ever truly sound like a single instrument.

Composer Carolyn Goodwin acknowledges her heritage in the final piece, a rendition of a traditional Irish folk song. The choice is unique within the album but not shocking, as hints of Celtic modality have already surfaced amidst the prior swarms and flocks. Stylistically, “The Salley Gardens” fits right in, with loose, quivering improvisations branching out of a melodic theme. This seems to be the album’s pattern, and listeners might appreciate greater variation on the group’s next release. “The Salley Gardens,” when sung, is set to a Yeats poem that refrains, “She bid me take life easy / As the grass grows on the weirs.” The Copenhagen Clarinet Choir shares this awe of earthly energy and applies it with an innovative approach. The execution is successful– Organism doesn’t merely imitate the natural world, but embodies it in all its dynamism.  (Maya Merberg)