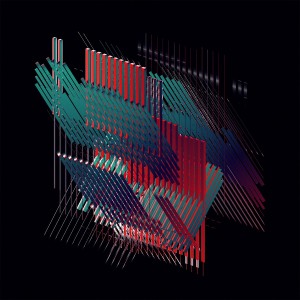 Elision may be Halina Rice‘s second album, but she hasn’t been quiet for the last five years; during that time, she worked on the “New Worlds” project, which showcased four club-worthy tracks, “each with their own visual identity and virtual world.”  The ethos of that project seeps into Elision, which amplifies many of the techniques used on “New Worlds,” in particular the melding of voice and synth.  As Rice writes, “The idea is to evoke places that don’t exist – like a surreal parallel world.”

This approach is not immediately apparent, as lead singles, “Third” and “Helix” continue Rice’s energetic invitation to the dance floor.  After holding back the beats for nearly a full minute, Rice kicks into high gear on “Third” (ironically the second track on the album).  Brassy blasts punctuate the arena, followed by an ever-increasing cinematic tension.  “Helix” is built upon a steady tempo and a series of clicks, like turning locks.  Chimes arrive halfway in to punctuate the percussion.

To hear only these tracks is to travel on the outskirts of these worlds.  Once one has the clearance – and courage – to land, the rough terrain becomes apparent.  The vocal modulations of “Hey” offer an early hint, fulfilled on “Fracture.”  Here, Rice turns from club to texture, placing the beats where she wants them, rather than where a dancer might want them.  The 88-second “Hunter” is cold and harsh; “Shale” continues the left turn with battling barrages of beats, although the beverage cans steal the spotlight.  Only “FX1” fails to satisfy, but its title, timbre and closing spot suggest it may be a bonus piece.  Better to end with “Momentum,” which honors its title with a propulsive bassline.

One may dance to most of these tracks, but one may dream to all of them: dream of sci-fi worlds where the lines between nature and technology are blurred.  In time, Rice may provide visual accompaniment, but for now, the mind is both projector and screen.  (Richard Allen)