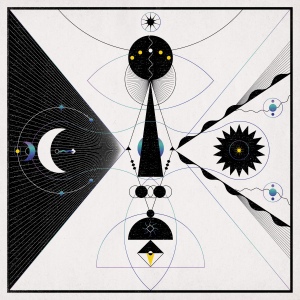 What are the odds that three albums of one-minute songs would all be released in a three-week stretch?  Perhaps inspired by Minute Papillon and One Minute Older, which both appeared in our Best Compilations feature, Ever Given, Ümlaut and Baldruin have each unveiled new collections of miniatures. Power Nap is the most experimental, and holds 23 pieces; Musique de Film II is the most cinematic, and stretches to 55; and Kleine Freudan is the most diverse, cradling 34.  The album’s dynamic contrast wins it the gold.  An additional bonus is that the album can be bundled with Grykë Pyje’s Squirlich Stroll (Baldruin is half of Grykë Pyje), advertised as “an album to fall asleep with and an album to wake up with.”

Certain risks are inherent in the creation of an album with one-minute tracks.  The temporal constraint means that some tracks may seem incomplete; or at the very least, listeners may want more.  On the other hand, any “duff” tracks will be over before the listener changes the channel.  Baldruin (Johannes Schebler) allows a bit of wiggle room (also exercised on One Minute Older) by using sixty seconds as a guideline rather than as a demand.  The composer is also helped by the loose concept of “fables, fairy tales and bedtime stories.”  The songs drift between asleep and awake, shift across timbres and flit away like dreams.  The album’s title is translated Small Joys, underlining the appeal of the imagination.  While Ümlaut’s tracks are meant as “soundtracks to one-minute films,” Baldruin’s works come across more like animated children’s literature, fraught with minor perils and gentle comforts.  A touch of Grimm surfaces from time to time, but not enough to keep a child from sleep; the beloved stuffed bear is still present and the nightlight is working fine.

The 38-minute album is best played straight through, and it’s hard to choose standout tracks when all are so short; still, a few shine like starlight.  The crackly “Nutzlose Ratschläge” (“Let Me Sleep”) sounds like the last rotation of a record needle or a radio transmission from the stars.  “Berauscht” (“Intoxicated”) is appropriately woozy; “Finger im Wind” brings the strings, and lets them dance like costumed circus bears.  “Glück im Traum” is one of many tracks to showcase music boxes, but pairs them with rubber sneakers on a gym floor.  “Zurück” (“Back”) is a gathering of clouds; “Lauf der Wasserader” is a clearing.  Dreamland’s doors are open; it’s safe to enter in.  (Richard Allen)