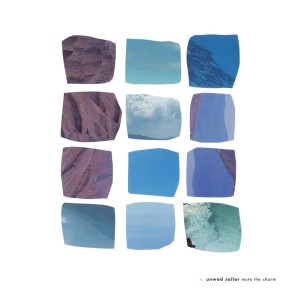 It’s amazing to realize that Seattle’s Unwed Sailor has been active since 1998.  In a way, Mute the Charm is the opposite of its title, representing a continuation of charm.  There’s a great deal of comfort to be found in the “classic” post-rock sound, which permeates this warm recording.  In addition, Johnathon Ford draws upon the nostalgia of other indie timbres from the band’s early peers, whether the jangle of shoegaze or the brightness of alternative rock.  The liner notes namedrop Seam, Sundays and Stone Roses, and one can easilly hear their influence.

Perhaps it is the fact that I was driving around with this music in December, or the digital release day of New Year’s Day, but this music also sounds a lot like Christmas.  A healthy serving of tambourines, sleigh bells and chimes cements the association.  Lead single “Windy City Dreams” is particularly bright, leading with the bass, settling into The Cure-like propulsion with a chord from “Lovesong,” then adding Human Pyramids-esque tambourines.

The liner notes hint at this being pop rock, but math rock is a better comparison.  Every four bars the music shifts a bit, before returning to familiar territories; yet the tracks tend to build to happy conclusions.  The beginning of “London Fog” references that of “Where the Streets Have No Name,” continuing down the rabbit hole of associations.  Buried deep in the set, “Western Dime” hints at a different direction, more rock than post-rock, boasting a heavy central riff.  Yet as much as Unwed Sailor has traveled the seas over the past two decades, sailing into ambient, alternative and even pop territories, he always returns to the post-rock port, a comfort zone not only for the artist, but for the listener.  The title track and album closer is exactly what we’ve missed, and are always happy to rediscover.  Despite the title, the charm remains intact.  (Richard Allen)