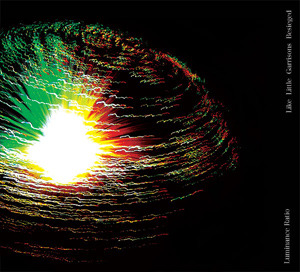 Sometimes a simile for a title feels just right, in this case inspired by Defoe’s A Journal of the Plague Year.  This debut recording features three members.  However, the group is a collaborative collective by nature, and the trio is expended for live performances.  Each of the members have long CVs including solo work and collaborations and are current or former members of other bands.  Eugenio Maggi, of Cría Cuervos, contributes drones, electronics, turntables, field-recordings.   Gianmaria Aprile, sound engineer and the man behind Fratto9 Under the Sky records contributes “objects,” and actively shapes the material through editing, mixing and mastering the release. Andrea Ferraris is possibly the best known to our readers, having released fantastic collaborations with Matteo Uggeri and MB among others, as well as solo records as Ics, Ur, and more.  He generates sounds from guitars, cymbals, electronics, field-recordings, brushes, contact mics, and pedals.  Both Ferraris and Aprile previously worked together as part of Ultraviolet Makes Me Sick.  The group have lately been performing live, with a configuration that includes Luca Sigurta (Harshcore), contributing junk electronics and tapes, and Luca Mauri (I/O), guitar,  both members of Meerkat and adept soundshapers in their own right.   Often in situations like this, we are left with a product that doesn’t justify the number of artists involved.  Luminance Ratio however minimizes the contributions of any one artist in favor of a distributed creativity, an amalgamation of their sensibilities that results in something greater than its sum part. Paul Bradley (Twenty Hertz records) contributes a long re-construction at the end, reassembling the material in such a way as to cohere to the material while demonstrating its malleability, and the artistry that goes into a creative mix. Like Little Garrisons Besieged is almost gentle in its unfolding, tranquil in its organization of noise, achieving a likeability and approachability rare for such experimental fare.   Go back and check out this superb record in anticipation of the quartet’s soon to be released split 7″ with Steve Roden.  (Joseph Sannicandro)