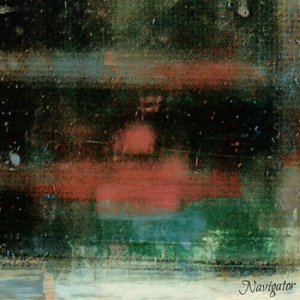 A lovely cover, a beautiful video, gorgeous sounds and a worthy vision add up to a victory for David Mackey (Navigator), which means a victory for the kingdom of God he serves.  Few composers operate in the field of Christian ambient/post-rock (Foxhole, Glass America and Saxon Shore being noteworthy examples), perhaps due to the perceived notion that the words are more important than the music.  But for many, a lack of words means a lack of distraction.  The spirit, when freed from narration, can be tugged by a wayward melody, a lulling interlude or a crescendo.  And while Navigator steers away from the loud and overt, his sounds are conducive to calm reflection, the sort of reflection that can lead to a contrite spirit and a clean heart:  renew a right spirit within me.

During this year’s San Diego Independence Day celebrations, a fireworks display went frighteningly awry; the entire show supply was launched in 15 seconds.  Splay and boom filled the skies, only to be replaced by the sound of crying children and beeping alarms.  The video for “Drawing Mountains” (seen below) is the opposite: fireworks slowed, re-scored, expanded.  The music is similarly languid, blooming in the final fifty seconds.  It’s as if Mackey is saying, take time to be holy; the world rushes in; but in this case, a chord is worth a thousand words.  Throughout the brief recording (7 tracks in exactly 24 minutes), a feeling of serenity settles in, more suggestive of bowed heads than of lifted hands, but no less divine.  Would the listener still feel this way if not prompted by Mackey’s faith statement?  Perhaps not.  But one might still feel calm, centered, re-arranged.  With track titles such as “An Empty, Blank Field”, “Perspective” and “Adrift”, the EP seems to be suggesting that a void exists somewhere, yearning to be filled.  The strummed guitar and light drone may offer consolation or challenge, but they certainly do not abrade.

The Christian church is used to instrumental music being used in worship: preludes, postludes and offertories tend to be instrumental affairs, although more often than not they are classically based.  As contemporary worship continues to energize churches with new hymns, there’s an opportunity for instrumental-based Christian performers to step into a new role as well.  Mackey seems perfectly equipped for this shift, and we hope that others will follow his example.  (Richard Allen)