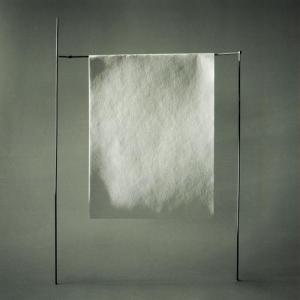 How long does it take to break a person’s heart through music?  Does it take  the length of a symphony, an opera, an album?  Sylvain Chauveau proves that it can be done in under two minutes, a revelation to many, a knowing reminder to some.  When providing film cues, one has to be able to go for the gut, to let the tender heartstrings play, to draw the most from the least – in many cases, to do what the narrative, the acting and the cinematography cannot.  One need not have seen the films scored by Chauveau to have an appreciation for his impact.  The emotions are tugged at home without dialogue or image.  18 pieces are packed in 40 minutes.  Scores for four films and one dance performance are included, along with a remix, and the composition period stretches 13 years; but the sequencing is so exquisite that the album flows like a single work.

Over the course of his career, Chauveau has recorded with solo piano and orchestra, has wandered from modern composition to electronics, and has released an impressive array of collaborative work, most recently with Stephan Mathieu.  Many collaborations have included vocals, but Simple hearkens back to the instrumental Nuage in both genre and tone, and as such connects to much of Mathieu’s early work, most notably Un Autre Décembre, the album that put him on the map a decade ago.  The disparate influences of his career are all present here.  Simple shifts from piano to strings, electronics to drone, subtly morphing as it unfolds.  The artist’s willingness to mix origins instead of proceeding in chronological order is an aid to the overall presentation, lending clarity to the individual timbres.  A string piece may rub shoulders with a guitar piece, electronic ambience with swaying woodwinds.  The unifying feature is an inescapable sense of melancholy, which may reflect the source material.  These films simply cannot be comedies; or if they are, they must possess some tragic element.  Many tracks also include a sense of gentle nobility.  Does the woman turn away, rejecting her lover only to save him?  Is the man’s final gesture on the gallows a sign that he has not been defeated?

A professed admirer of Rachel’s, Chauveau honors that band’s influence with tender string lines (“Des Plumes Dans La Tête”), moody atmospheres (“Anthracite”) and descents into silence (“Within the Orderly Life”).  Arriving shortly after the death of Jason Noble, the set serves as a continuation of the band’s legacy.  But the most powerful statement is saved until last: the closing pieces “For C” and “Dernière Étape Avant Le Silence II”, recorded with a 40-piece orchestra and inexplicably cut from the final film.  Travesty.

How long does it take to break a person’s heart through music?  On “Everything Will Be Fine”, the feat is achieved in only a minute and eighteen seconds.  Tears well behind the eyes.  The mind fills with anguished gratitude.  A great complexity of spirit is necessary in order to score such depths; and yet, Chauveau makes it seem simple.  (Richard Allen)