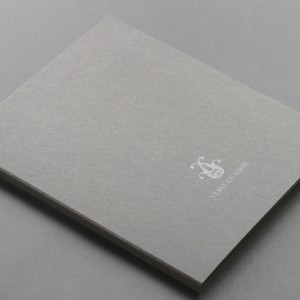 The Modern Composition genre is the heir to the Classical: music composed for piano, brass, strings or orchestra.  One might expect to encounter these artists in churches and other resonant spaces designed for full musical palettes and rich timbral shades.  Before their work was canonized, many classical musicians veered from the accessible to the avant-garde; the same is true for today’s modern composers.  While listening, one may hear the strains of centuries gone by, or hints of a far-off future, often in the same suite.

Our modern composer of the year is Strië, who made our list with her own album, arranged the strings for another (Digressions) and worked on a third that barely missed our list (The Alvaret Ensemble).  She may work in the shadows, but she produces music of great light.

And now, in alphabetical order, we present A Closer Listen’s Top Ten Modern Composition Releases of 2012.

Fabrizio Paterlini ~ Autumn Stories (self-released)
Having lived in Egypt for most of my life, I can say that in my twenty something years living there I’ve experienced a good half day of what most people living in countries which actually have four seasons a year refer to as autumn. Thankfully though Italian pianist Fabrizio Paterlini decided to give all of us natives of summer-all-year-long (or winter-all-year-long) a glimpse of what it is to experience falling leaves, bright orange trees and a proper change of seasons, and what a glimpse it is! Autumn Stories takes its listener through a 14 week long journey narrated by beautiful piano arpeggios, going from the last remnants of the energy that comes with summer and sunny skies to the slower paced, more isolated moments of winter. Each of the fourteen miniatures on the album is an immaculately crafted, soulful projection of a period of time that even upon first listen can be easily related to on the listener’s part. It’s an honest work of art and one that sees Paterlini going from strength to strength as one of the most astounding contemporary pianists at the moment. (Mohammed Ashraf)

From the Mouth of the Sun ~ Woven Tide (Experimedia)
Dag Rosenqvist (Jasper TX) and  Aaron Martin first collaborated for the Jasper TX track “Weight of Days,” and expectations for  their full-length  encounter were rightly high.  Woven Tide surpassed those explorations, as Aaron Martin’s cello and treatments perfectly round out Rosenqvist’s guitar and piano soundscapes.  Of course Jeremy Bible’s Experimedia label has yet to do us wrong.  From the Mouth of the Sun may skew to the darker side of introspection, but is not without moments of joy, which ring that much more triumphantly in contrast. We can only hope that this isn’t the last that we’ll hear from this duo.  (Joseph Sannicandro)

Gareth Davis & Frances-Marie Uitti ~ Gramercy (Miasmah)
If there’s something that definitely needs to happen more, it’s the crossing between classical instrument players and the avant-garde music ‘scene’, and we have Gramercy to show that such encounters are almost always fruitful, interesting, and sharply imaginative. The coherence of this album is, in this sense, a testament not only of the creativity of the artists involved but also of the great quality of their meeting, a series of truly engaging pieces which result from musical dialogue, a synthesis of each one’s way of understanding the other. If you missed this album earlier on the year, don’t miss the chance to hear it as soon as you can! (David Murrieta)

Glissando ~ The World Without Us (Gizeh)
Fans of This Mortal Coil, rejoice!  Glissando’s triumphant return hearkens back to the 4AD era, while updating the sound for a new generation.  A host of friends (including Lidwine and Aaron Martin) emulates TMC’s collective spirit and expands the band’s sound far beyond the boundaries of its previous album.  The album sounds ethereal, gossamer and grand ~ we’re grateful that these musicians are in the world.  (Richard Allen)

Greg Haines ~ Digressions (Preservation)
Described in the review (see link below) as a springtime album, Digressions works equally well in the darkening days approaching midwinter, as the sun barely rises above the horizon and shadows – when they appear – are always lengthy. Haines’ stock in trade is the long note, often with one instrument overlapping with another to maintain the sound, drawing chords out to the point where they seem so fragile that they must surely break, an image which applies equally to fresh buds on a branch as an icicle when the temperature goes up a notch. In places Digressions almost becomes a drone piece but the likes of “Azure” with its subtle arpeggios provide depth and contrast. Fans of Arvo Pärt will find much goodness within, and it’s likely that Haines, still a young man, will only improve with time. (Jeremy Bye)

Library Tapes ~ Sun Peeking Through (self-released)
If consistency is a virtue, than I’ll spearhead the effort to canonize David Wenngren for the patron saint of piano that he is. It’s seemingly impossible for the man to record a substandard Library Tapes release. A case where ‘more of the same’ means not just a good thing, but a great thing: just the usual, strikingly awesome music.  (Zachary Corsa)

Matteo Uggeri | Luca Mauri | Francesco Giannico ~ Pagetos (Boring Machines)
Much as the Oscars honored The Lord of the Rings after the final installment had been completed (not knowing that The Hobbit was on its way), we honor the Between the Elements quadrilogy.  Years in the making, this closing chapter completes the set, adding to our appreciation of the quartet.  This is not a killing frost, but one that can be trod upon, a bed of white for the colorful instruments that melt its brittle corners.  (Richard Allen)

Olan Mill ~ Home (Preservation)
Alex Smalley’s latest as Olan Mill is a panoramic record, shot in widescreen. Operatic female vocals add an ethereal element to an already satiable palette of varied instrumentation. Amongst the foliage of exotic organs, drone-swept reserves, sublime secrets of life are buried in the depths of the sand. Inspired by his travels abroad, Home departs on a voyage of the soul. Home itself can be anywhere on Earth; Earth herself is our home. Home is different for each and every one of us. Running through the record is a deep searching for what we consider home to be; of what home really means to us all, and if we can really, truly, consider a place our home amidst the transient nature surrounding a life.  (James Catchpole)

Richard Skelton ~ Verse of Birds (Corbel Stone Press)
The west coast of Ireland is craggy, bleak and breathtakingly beautiful at times; one wonders what those who left for America thought of it as the last sight of land for 3000 miles. Perhaps they too imagined the sounds that Richard Skelton conjures up on Verse of Birds, with its droning strings and hushed, obscured melodies. This is an album that touches upon constants in all our lives – landscape, memory – which we rarely consider day-to-day, and it has that timeless quality that means it isn’t rooted to a year, or even a century. It’s as if it is music that has always been there, present in the land, sea and sky and it just needed somebody such as Richard Skelton to capture in a physical format. (Jeremy Bye)

Strië ~ Õhtul (Time Released Sound)
Iden Reinhart has been a subject of keen intrigue ever since Sléptis, and Õhtul continues in this vein: difficult to decipher, and all the more alluring as a result.  Reinhart doesn’t exactly defy her classical training; instead, she treats formal classical structures as optional in order to bring her distinct vision to life.  As such, she proves to be a true iconoclast and a rare fountain of originality.  (Richard Allen)