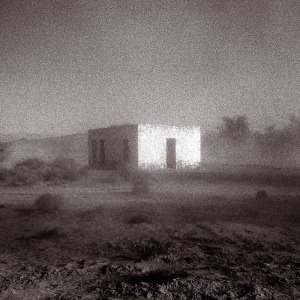 Rock, Post-Rock, Folk & Jazz is an umbrella category that is dominated by, but not exclusive to post-rock.  As evidenced by this year’s incredibly diverse selection, the old horse seems to have no intention of lying down any time soon.  Just when we all got tired of writing that a new band sounded like, wanted to sound like, or was built upon the foundation laid by Godspeed You! Black Emperor, the band shook of its slumber, recorded a new album, and brought the term “post-rock” back for a new generation.  But the list doesn’t end there; a new set of names entered the conversation in 2012, and is already competing with the stalwart set.  Where the genre heads next is anyone’s guess; the only place it’s not going is in the ground.

This year’s post-rock artist of the year is (big surprise!) Godspeed You! Black Emperor, for accomplishing something that few thought possible: a return to relevance after a decade of inactivity.

And now, in alphabetical order, we present A Closer Listen’s Top Ten Rock and Post-Rock Releases of 2012.

Andrew Weathers Ensemble ~ Guilford County Songs (Full Spectrum)
Moving is one of the great stresses of life, ranking just below the death of a loved one or the loss of a job. Moving at a young and crucial age, and cross-country no less, has only deepened the resonance of Andrew Weathers’ already considerably-accomplished work. It seems Oakland is proving a fruitful environment for the North Carolina native composer, indeed.  (Zachary Corsa)

Anoice ~ The Black Rain (Ricco)
Few topics are as harrowing as this: a national disaster involving an earthquake, a tsunami and the meltdown of a nuclear reactor, coupled with the bombing of two major cities in the Second World War.  Anoice scores these events as one, providing a haunting soundtrack for a century of connected grief.  The authenticity of the approach, paired with the tenderness of the reading, makes this more than just a post-rock album; it’s an open letter to a nation under siege.  (Richard Allen)

Blueneck ~ Epilogue (Denovali)
What’s better than a Blueneck Christmas EP?  A Blueneck album that drops the vox and returns to its instrumental glory.  Epilogue closes the first chapter in the band’s evolution, but raises high hopes for the next; it’s a love letter to fans and a kind way to say a (temporary) goodbye.  (Richard Allen)

Caspian ~ Waking Season (Triple Crown)
Seven years into its career, Caspian has recorded an album for the ages.  Everything goes right for the lads, who have been building toward this moment ever since their humble debut.  Caspian has never been hit-or-miss; the band has just gotten better and better.  Waking Season is their best.  (Richard Allen)

Godspeed You! Black Emperor ~ Allelujah! Don’t Bend! Ascend! (Constellation)
That Godspeed would suddenly return after ten years’ silence was a surprise. That the album’s done so well in ACL’s end of year chart isn’t, for the Canadians continue to exude a hypnotic hold over virtually everybody who has ever heard them – and certainly those who have experienced the power of the nine piece live. Allelujah! filled in a couple of gaps in the band’s discography, though, by giving two old live favourites a proper studio recording at last, and once again demonstrated the almost casual ease with which they dominate the post-rock landscape. The fear is that having effectively now committed their entire repertoire to tape, GY!BE might pull down the curtain once again – but the two freshly-minted drone pieces suggest there’s more to come; hopefully it arrives before the end of the decade. (Jeremy Bye)

Le Réveil Des Tropiques ~ Le Réveil Des Tropiques (Music Fear Satan)
This ambitious double vinyl set is the closest thing to GY!BE on our list that isn’t GY!BE, but this isn’t to say that it’s a soundalike; it’s a natural progression from the post-rock of decades past.  The builds are long, the improvisational level high, the live energy contagious; the quarter-hour tracks build a near-hallucinatory vibe by adding layer upon layer until the walls come crumbling down.  (Richard Allen)

The Mount Fuji Doomjazz Corporation ~ Egor (Denovali)
Imagine: your voice is not your own, and yet all others are a product of your mind. They breathe darkness, following the movement of your eyeballs. They suddenly stop, at a distance, and with their stares they whisper “murder”: the sun rises as you find yourself inside a locked room, the walls painted with the anguish of colors, their dissonance a languid fire upon which to burn the mercurial poison of your daydreams. Now stop, and with the aid of Egor, go live it. (David Murrieta)

Sigur Rós ~ Valtari (XL)
Valtari is gorgeous, an exceptional slice of ambience. Vocalist and guitarist Jónsileads us through blurred seas of serene peace that soar to rising highs. Through his soulful vocals, all is peace and light. Crushing crescendos are still here; flowing at a beautiful pace. Valtari is an admirable, long-awaited addition that shines a pure light on their musical, and artistic, talent. One can’t advance while standing still – enjoy Valtari for what she is. Sigur Rós has created an absolutely beautiful listen that squeezes the heart like the hand of a lover.  (James Catchpole)

Tan Frio el Verano ~ Primavera (self-released)
It’s only fitting that Tan Frio el Verano follows Sigur Rós on this chart, as Le Réveil Des Tropiques follows GY!BE.  This Venezuelan band emulates the Icelanders with brass and soaring crescendoes, but unlike the latest incarnation of that band, Tan Frio el Verano keeps the drums.  Primavera isn’t deep, but it’s uplifting and consistently well-played, a pair of traits that makes it a welcome crash entry on our inaugural chart.  (Richard Allen)

These Ship Wrecks ~ Raw, Powerless (Twice Removed)
Raw, Powerless is the sound of a band having a blast with one mike, some blown-out speakers and an overabundance of irrepressible joy.  They hit, they wail, they wobble, they yelp.  The band may be drained by the end, but they leave behind a document of unbridled enthusiasm.  (Richard Allen)