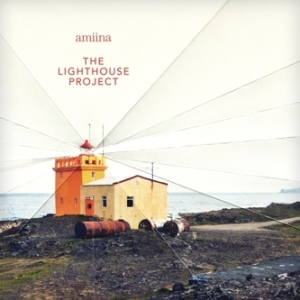 The four women of Amiina form one of music’s most endearing groups.  While they have played with Sigur Rós, they have formed a strong identity on their own, and their sound is distinctly theirs, a comforting blend of guitar, glockenspiel and strings that often comes across as a lullaby.  This should come as no surprise, as the band has toured in times of pregnancy and along with infants.  But this isn’t infantile music; it’s deep in texture and hue, and possesses a homespun, immediate tone.  The “live” recording reflects a desire to replicate (as much as possible) the intimate nature of the band’s 2009 small space tour, which included stops at local Icelandic lighthouses.  This approach succeeds, as one can imagine this EP being played live in one’s living room, the instruments bearing the scent of sea salt.

The Lighthouse Project is the third lighthouse-associated recording to come our way, in the wake of Lyken’s The Terrestrial Sea and Being’s The Folkestone Lighthouse.  Prior to these recordings, other significant entries in the field included Plinth’s Music for Smalls Lighthouse and múm’s Summer Make Good, recorded in Iceland’s Galtarviti Lighthouse.  Until a themed article comes along, feel free to call these ACL’s Top 5 Lighthouse Albums and EPs.  Photos of the lighthouses are found in the generous 28-page hardback book that accompanies the release; we strongly recommend the physical edition.  This edition contains the words, “The lighthouse stands alone off the beaten path, transmitting a message out across the ocean.  Sometimes, musicians seem to play a similar role: a message is being projected out into the environment, without any guarantee that it will reach its destination.”  We feel confident that it will find an audience among those who are attracted to the oceans and the isles.

If there is a message to be gleaned, it may be that of safety and calm.  These tracks soothe and salve. One of the sweetest pieces, “Hilli”, first appeared on a 7″ a few years back with spoken word from the late Lee Hazlewood.  The b-side, “Leather and Lace” (no relation to the famous rock song) also appears here.  That initial release was both a dedication and a celebration of the great performer, and the tribute continues in these new versions.  Every one of these songs is like a light illuminating reefs and rocks, guiding the sailor home.  As the EP is only 22 minutes long, it deserves to be played as a whole, a short, personalized symphony.  Amiina would love to play in every house in the world, if they had the time.  The Lighthouse Project is the next best thing.  (Richard Allen)