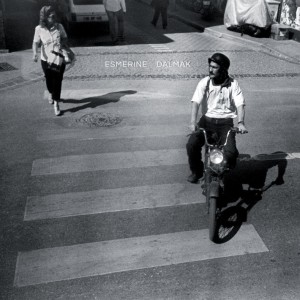 The last of our genre lists is filled with WOW moments: big crescendos, bold moves, instinctive collaborations, explosions of brass.  This is music for car stereos and open windows, music to lift the sullen heart and to make it race.

We don’t review a lot of folk, jazz, or vocal music, but this list includes it all: albums that defied expectations and broke down our resistance.  In order to comfort ourselves, we also chose some traditional post-rock, which is far from extinct; and one single-track album that jumps from genre to genre like an overcaffeinated shopper on a grocery line.  Together, these albums have little in common, save for their quality; in 2013, this music rocked our world.

And now we present, in alphabetical order, A Closer Listen‘s Top Ten Rock, Post-Rock, Folk and Jazz Releases of 2013.

52 Commercial Road ~ Communion (Self-released)
Call it The Little Album That Could.  This self-released gem began life as the soundtrack to an indie film of the same name, and the finished product is a modern post-rock miracle.  The music covers a spectrum of emotion, from hope to fear and back once more, a sonic reflection of inner turmoil and outer danger.  When the last notes have faded, the angels continue to hover, listening to frequencies beyond human ears.  (Richard Allen)

Amiina ~ The Lighthouse Project (Morr Music)
A few years back, Amiina underwent a small tour of Icelandic lighthouses, playing to intimate crowds at out-of-the-way, beloved venues.  The same intimacy is brought to bear on this tender EP, bound in a hardback book.  After the music ends, we hear the inner workings of the lighthouse, its dependable light still shining, still guiding sailors home.  (Richard Allen)

Andrew Weathers Ensemble ~ What Happens When We Stop (Full Spectrum Records)
Andrew Weathers’ gradual but steady progression from drone purist to gentle experi-folk wizard coincided largely with his move westward from Greensboro, North Carolina to Oakland, California.  Watching his progression is like watching a reluctant but determined butterfly emerge from a broken chrysalis, boldly venturing into the fresh night of a new creative frontier. What Happens When We Stop splits the difference between tattered folk, classical splendor, and wistful drone in a way that few others were able to accomplish this year.  (Zachary Corsa)

Esmerine ~ Dalmak (Constellation)
The beauty of Dalmak is that it comes across as a true collaboration.  Instead of simply incorporating guest musicians, Esmerine invited them to be part of the compositional process.  A fusion of west and east, Dalmak is packed with exciting sounds, bursting forth from Middle Eastern instruments:  duduk, darbuka, erbane, saz.  There isn’t anything else like it on the market.  (Richard Allen)

Human Pyramids ~ Planet Shhh! (Oxide Tones)
There’s some serious fun to be had on this disc, with some of the catchiest, most uptempo post-rock we’ve heard in ages.  Trumpets, glockenspiels and handclaps converge to make Planet Shhh! an album no one will want to stay quiet about.  It’s post-rock and punk; it’s party music for both the bar and the backyard barbecue.  It’s also Oxide Tones’ best release … ever!  (Richard Allen)

Matana Roberts ~ Coin Coin Chapter Two: Mississippi Moonchile (Constellation)
Matana Roberts is one of the most interesting musicians working today.  She develops projects that take distinct jazz roots (and routes) as leaping points to something fresh and new, something of our own times. Coin Coin Chapter Two constitutes this circumstance in every way, from its incredibly smart use of elements of pop musics and pop musics-gone-‘high art’ to its African-American connections.   The album is a perfect example of “history coming alive”.  This music is understood collectively, contextually, and personally, a function of life as work, dreaming of a promised land. The album demands empathy, faith, will, and emotion from its listeners, who are called upon to live this music out until they, too, are deeply moved. (David Murrieta)

Oiseaux-Tempête ~ S/T (Sub Rosa)
This is the second appearance on our 2013 chart for Frédéric D. Oberland, who also scored with last year’s Le Réveil des Tropiques.  The new album continues in the GY!BE vein, with murky guitars and dialects bobbing in a undercurrent of political discontent.  This is strong, thick, post-rock, the kind we thought was lost forever.  A generous play time of 74 minutes allows the mood to unfurl; can uprising be far away?  (Richard Allen)

Sigur Rós ~ Kveikur (XL)
To many Valtari was too tame, Med Sed i Eyrum… too happy. Sigur Ros were apparently en route to never matching the heights achieved by their previous efforts. Kjartan Sveisson’s departure signaled the end to many, but then came Kveikur (which currently sells as a beautifully packaged limited edition with instrumental versions of all songs).  Within its first 30 seconds, “Brennisteinn” dispels all these concerns. Apart from its bookend (which reflects back on Valtari‘s finale), this is the Icelanders’ heaviest, most industrially tinged album to date. Kveikur is a reaction to changing sounds and circumstances.  In in its vast soundscapes, ever changing sonic environment and overall schizophrenia, it shows that the band is yet to reach its fullest potential. (Mohammed Ashraf)

United Bible Studies ~ Spoicke (Fluid Audio)
Spoicke is largely instrumental; a sprawling land that time forgot. United Bible Studies tread the path of folk, but it is a mystical, other-worldly sound. The harp and the guitar are joined by the piano, but loops and drones swirl into the music, too. It is cohesive, yet wide enough to span the centuries – fittingly, the trio share a love for medieval music and mythology, and this in turn helps to sculpt the unique sound, sinking into the music.  (James Catchpole)

Wrekmeister Harmonies ~ You’ve Always Meant So Much to Me (Thrill Jockey)
This 38-minute track percolated on Soundcloud for an astonishing two years before its vinyl release ~ those who haven’t heard it can still hear excerpts, but will have to buy the vinyl to hear it all.  Nayt Keane calls this “one of the most gorgeous and captivating single tracks we’ve ever heard”, and he’s right; tracks like this don’t come along every day, not even every year.  Verging from ambient to metal to modern composition, You’ve Always Meant So Much to Me now means something to us; it’s an explosion of emotion that blinds listeners with its ambition and execution.  (Richard Allen)