A Closer Listen tripled in size in 2013, but our dedication to covering the best instrumental and experimental music stayed the same.  Thank you to everyone for your support, your readership and your social media sharing!  Our second annual retrospective begins now!

This week, our readers will enjoy an array of specialty lists, including a few that have returned from last year (Best Winter Music, The Happiest Music of the Year, and our site’s #1 all-time feature, Best Album Art), along with a few brand new topics.  From December 17-23, we’ll be publishing Top Ten lists in each of the seven categories we cover.  A day later, we’ll reveal our overall Top 20, followed by staff lists, guest lists, and a wrapup feature early in January.  We’ll return to publishing reviews on January 6.

As more people discovered our site in 2013, our submissions increased to match.  We may be growing, but we still manage to listen to everything that is sent in.  Our aim is not to be comprehensive, but to pay close attention to all of the works we review.  Instead of covering everything, we hope to cover the best.  In 2013, Jeremy added an Electronic Observations column, Rich added a Debuts and Downloads: Post-Rock column and Joe increased his number of mixes and articles.  We also added Soundcloud samples to our News page for eligible music sent to us in advance of its release.  We lost one writer but added one and are currently working with two more.  The best way to get reviewed is still to record a memorable work: creative, original, forward-thinking.  A personal cover letter helps, as does great album art.

In Bob Stanley’s highly recommended Yeah Yeah Yeah: The Story of Modern Pop, we learn that instrumental music once ruled the U.S./U.K. airwaves, last peaking in the early 60s.  The popularity of instrumental music is cyclical.  We still hear instrumental music everywhere, from movies and television to clubs and commercials; we just don’t manage to acknowledge its influence.  A strong case can be made for the idea that most people actually hear more instrumental music than vocal music.  So why doesn’t it pop up in conversation?  The reason is simple: without words, there’s nothing to quote.  At A Closer Listen, we recognize the irony: we use words to write about the wordless.  Not that we’re entirely instrumental; when a lyric album appears on our site, our readers know that it must be something remarkable.  This year, a couple such albums even managed to make our Top 20.

Field recordings also appeared to be on the rise in 2013, as more people recognized the loss of sonic environments and the importance of preserving them.  But not every field recording is of a rare environment; many are sonic postcards, aural reflections of a time and place.  As field recording equipment becomes more affordable, we hope to hear many more works of a quality nature. 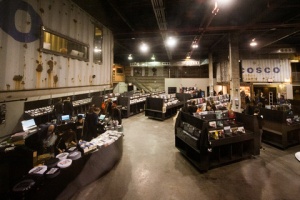 As noted in our News column, December brought us a pair of retro-sounding stories: Pitchfork ventured into print, while Rough Trade opened in New York.  It’s encouraging to think that print and vinyl are making a resurgence.  These may be small signs, but old school fans are happy for the reminder of simpler times.  Not that we want to return to the way things were ~ we simply want the option of physical and/or digital.  The music we love – really, truly love – is not meant to be so disposable.

We hope that you enjoy our year-end features, and we wish every one of our readers a safe, happy and blessed holiday season!