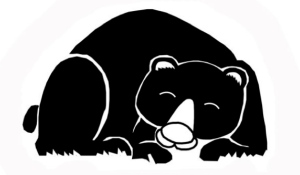 Hibernate Records finished the year with a fine trio of releases from James Murray, Maps and Diagrams and Rion (Ian Hawgood and Ryo Nakata), whose recordings provide a fitting backdrop to the colder, stiller months.  You won’t want to nap on these.

The first two releases continue Hibernate’s Postcard Series, which debuted in 2011 as the Rural Colours Subscription Series was ending.  The series is a great way to encounter artists in a bite-sized format, and it provides the opportunity to experiment.  This is the case on both of the current entries, as James Murray produces his longest track to date and Maps and Diagrams some of his shortest.

We’ve enjoyed hearing Murray’s career develop over the past couple years, and it’s a pleasure to see him expand.  At 17:46, Broken Homes is a single track anchored by a four-note motif but surrounded by glitches and hums.  The combination almost sounds like a field recording of the constant rush of a river accompanied by the chirpings of birds and the echoes of distant planes.  Electronics, guitar and piano imitate the timbres of nature, while the wordless voice of the fourth quarter adopts the sound of a trumpet.  Peaceful and meditative, Broken Homes is evidence that the composer is entering into his own, confident yet unassuming.

Maps and Diagrams’ Første arrives on the heels of the artist’s ambitious In Circles album on Time Released Sound, but is described as “darker and more out of character”.  It’s not that dark, like the works of Miasmah and Cyclic Law, but it is grittier, despite the inviting cotton sheets on the cover.  “Meyeri” plays with crunches and static bursts, but the ambient blanket remains in place, keeping everything warm.  The longest track, “Helderberg”, wanders into drone.  This is a good direction for Diagram; our challenge is to push it further.  The deep, gurgling bass tones of “Gassefjord” are the EP’s most original sounds; move these to the foreground, and a true dark classic may await.

Those looking for actual field recordings will find them throughout Fireflies, an album recorded in summer (hello, Australia!) that in the right light still reflects a wintry stasis.  These textured samples from Nakata (Ryonkt) were collected throughout the countryside, while many of the instruments were recorded in churches.  The first four tracks blend together like a languid soundscape of harmonium and organ, river and duck, wind and wheel, an inviting blend of organic instrumentation and found sound.  The gentle flares of “花火 (“Fireworks”) are reminiscent of all manner of celebration, from the New Year to sporting events.  When Rie Mitsutake adds her lovely voice to the closing piece, the effect is magical.  At this point, Fireflies is no longer an album that simply reflects its surroundings, but one that sparks the imagination.  (Richard Allen)