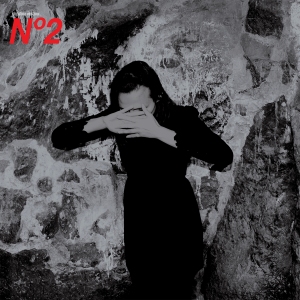 Listening again to Christina Vantzou‘s No. 1 (2011), I’m reminded again of how lovely the Dead Texan’s work has been all along, from the gossamer beauty of “Homemade Mountains” to the string-laden centre of “Super Interlude Part 2”.  Comparisons to A Winged Victory for the Sullen remain apt, as Adam Wiltzie is the final engineer of the latest project.  No. 2 is a different animal than No. 1: less dissonant, united in tone, fuller in orchestration.  The extended chords and stretches of sound are still present, but honed.  While No. 1 wrapped around itself, the final track folding back into the first, No. 2 follows a defined trajectory.  No. 1 was released in mid-autumn and No. 2 at the end of winter (oddly, both on the 24th); with its hopeful chords and harmonic convergences, No. 2 seems not only a continuation of No. 1, but an emergence from a chrysalis.

Once again, Vantzou begins with one of her strongest tracks: the brief but powerful “Anna Mae”.  It’s safe to say that whenever Vantzou calls upon the fullness of the 15-piece ensemble, her work glows.  But “Going Backwards to Discover What Was Left” leaves an even larger impact, with plaintive piano feeding into a sea of strings.  The purity of the final product belies the nature of its construction, which took place in four phases: the manipulation of sound samples, the addition of orchestration, the pre-mix, and Wiltzie’s sonic additions.  No. 2 thus becomes a rare creation: an elaborate studio work that can still be performed live.  Whatever nuance may be lost live may find its replacement in audience shufflings: the byproduct of unintentional abrasion, à la John Cage.

With so much going on, the album finds its weight not in the substantial, but in the unsubstantial: the erasure of sound, the choice of what to leave behind.  “Strange Symptoms” operates as a requiem for all that is lost, wordless vocals the elegy.  But “Sister” is an awakening of the heart, filled with color and bursting with sound. From this point on, the sadder strings seem only a temporary condition; spring is now unstoppable, and the same can be said for this emergent artist.  (Richard Allen)