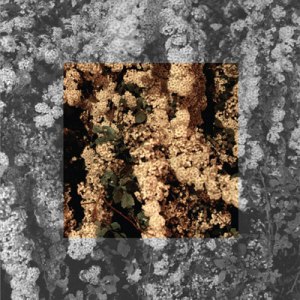 Drown is the third album from Chicago’s Cleared. And Drown gets off to an electrifying start, its fanged, growling guitars drenched in distortion, producing visceral, violent chords.

Both Steven Hess and Michael Vallera are no strangers to heavy instrumental music, but Drown has a lighter side to its Hyde character, as if it were a replenishing illumination of the sun, lighting on the blackened soil.

Just like a constrictor, the music slithers around the light dream pop pedalboard, sinking its teeth into the music with the venom of experimental rock. The higher notes bring some brighter lights, sweetening the poison. Don’t get this confused with the modern story (fairy tale) of dream pop – it isn’t sugar-coated or bloated, but there may be a cottage made out of gingerbread lurking somewhere in the woods.

Drums flare up and propel the music forward. Sometimes, the drums race away as if they were on the 100 meter running track, body pumped and high on adrenaline. The rhythms are, at times, percussive palpitations that go on and on (“Tracing Mirror”).

On “Remote Ocean Prayer”, the steely clang of rusted iron can be heard, and the percussion is crushed by a powerful, corrosive interference; something like a deadly breach, or the final throes of a dying behemoth, discharging its blood like sickening sheets of spilled oil. At this point, the record is soaked and cloaked in the jet black of the night, but every tunnel has an exit. “Nights” lights up the music with its steady drumming and ethereal, single note melodies. The rainbow of sound glows in tandem with a stunning sunrise, a light as lucid as a sunrise in California, a shade different to the light that hovers over Chicago, its streets and sidewalks.

“Mercury” heats things up, but Cleared are patient. They wait for the right opportunity, and only then will they strike. The drums stretch out, thumping at irregular intervals, but they take the lead throughout the song. The slow moving synth is disturbingly pretty, like a model’s smeared lipstick.

The arpeggios of the coda relieve the pressure, but the strange voicings litter the track like dirty flakes of cigarette ash. Their notes hint at a paradise isle, far from Chicago and the United States, but they can’t escape the percussive nest, where the excitable snares and restless hi hats jump around like youngsters left home alone.  One thing’s for sure – Drown roars like a Tyrannosaur. (James Catchpole)