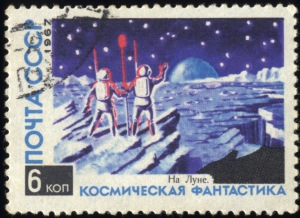 We conclude our first post-rock road trip by traveling straight down the latitude line through Russia, Japan and Australia, where we are introduced to Show Me a Dinosaur, Neko Nine, The Creator Of and Lemon’s Chair, and re-encounter Dumbsaint, who have just completed the second part of their video trilogy.

8 days, 17 countries, over 100 releases previewed and 27 releases covered.  We’ve learned a lot on our vast global journey.  The first Big Fact that we suspected and have now confirmed: instrumental post-rock is alive and well.  The second is harder to take in: to find the best instrumental post-rock, one needs to invest some effort.  This means visiting review sites such as Echoes and Dust, sales sites such as Bandcamp and fan sites such as Rate Your Music and sorting through multiplying stacks of albums and EPs in order to zero in on the dozen or so each season that really rate.  We’ll do our best to help out, but post-rock fans will benefit from a proactive approach.

And now to the music!  St. Petersburg’s Show Me a Dinosaur has been getting some well-deserved press this year, and is no longer a well-kept secret.  Three years have passed since Evolvent, and two since the double-sided single “More Than 70 Million Lives / Drawing the Line”, the latter of which is folded into this album.  Dust is the band’s breakthrough disc.  As dark as the album sounds at times, with its thick guitars and often ponderous bass, the band also possesses a sense of humor.  Their name, coupled with the monologue on “Man Made God”, challenges views on creation and the idea of a vindictive God.  But after one hears about children dying on that track, one sees the cute stuffed dinosaurs on the Bandcamp page and smiles.  It ain’t all gloom.  Those who make the physical purchase are promised “a fragment of (the band’s) love”; we hope it’s not a piece of a literal heart, as the cover seems to indicate that one might be lying around.  Occasional screamo is integrated on a couple tracks, but swiftly recedes; it’s hard to scream without coughing, as many metal fans have learned.  Better to concentrate on the churning guitars and calming melodies.  The slow riffs and all-enveloping mood of “Bhopal” make it the album’s standout, but the overall mood is what makes the lasting impression: bold, savage, strong.

A Fluttery Records EP helps us to navigate the journey from Russia to Japan, as Meet the Forest contains two tracks from each country.  The bands are Neko Nine & The Creator Of, and although they would never be confused with one another, their sounds meet nicely in the middle.  The Creator Of hails from Tokyo, and presents a bright brand of post-rock.  When the piano enters two minutes into “Black Star”, the mood is instantly lifted.  The same holds true for the oddly titled “Acoustic” (one of those guitars is not acoustic!), which serves as a great transition point to the Russian side of the disc.  Neko Nine is quieter, more ambient in nature, but capable of crescendo, as one might expect given the track title “Fireworks Up There”.  By choosing where to place the ambient moments, the artist creates a sense of contrast.  The emerging electronic drums are a prime attraction, but even better are the handclaps, tin whistle and toy xylophone of “Snowflakes Gone Grey”, the EP’s best track.  The irony is that we would normally expect these Lullatone-like elements to come from Japan, not Russia, but that’s why these artists work so well on the same disc.  Might they be enticed to record together?

Now we continue south to Tokyo to take in the sounds of Lemon’s Chair, whose My Favorite Reverb on High Fader Records is the rare album not to be streaming in full online.  (I bought mine on iTunes.)  Fortunately, a 12-minute video is available.  A Mono influence is clearly evident, which should come as no surprise.  As in the above release, a brightness of tone is apparent; in this instance, the cover is the giveaway.  It’s great to hear post-rock bands embracing the ebullience.  While the mastering leaves a little to be desired, the placement of sounds relative to one another is important to note.  Although set deep in the mix, the drums stand out, the result of their speaker-to-speaker separation.  The title track (seen below) is the clear standout, but the warm “Floresta” is a close follow-up.  The album overall delivers a sense of suspension, allowing listeners to feel as if they are floating in mid-air along with the cat and the rose petals.  Listening is a lot like taking a road trip: windows open, wind in the hair and the entire day ahead.  And as the cover demonstrates, one can take a road trip from one’s one couch, given a little imagination and comfortable springs.

A couple months back, we reviewed the first part of a music video trilogy from Sydney 4-piece Dumbsaint.  Ironically, the first part of Disappearance in a Minor Role was the last part of the trilogy, but a sense of reason is restored here as the second part is truly the second.  This clever approach – releasing parts out of order, creating a sense of mystery through the videos – is to be congratulated. In the internet era, it’s harder than ever to get attention, even for worthwhile projects.  But industry and intellect will always win out.  It also helps that the music is so fitting.  Many people talk about making “soundtracks to imaginary films”, but as previously noted, very few actually make the films.  And like the very best soundtracks, the music stands on its own.  “Another Person’s Treasure” comes across as simultaneously wistful and menacing, while “Woman in Blue” sounds like the type of trouble one should avoid, but falls into nonetheless.  This clash of moods is apparent even in the teaser video, which veers from an image of a happy woman dancing to that of a person in a pig mask.  The cast of the longer film makes much out of posture and expression, but some questions are left unanswered.  Is the violence real, imagined, or projected, à la Haute Tension?  Do the events of the second part lead directly or obliquely to the third?  Which characters are surrogates of other characters?  All will be revealed – or at least elaborated upon – in time.