The new German label Midnight Circles specializes in field recordings and drone.  Their first two releases, both from Escape Hatch, offer manipulated tape recordings: one from Scandinavian church bells, the other from a commuter train.  These CD-Rs invite listeners to experience familiar sounds in unfamiliar ways, and each succeeds via the virtue of otherness.

While listening to Bell Recordings, I couldn’t help but think of the dark ambient project Raison d’être, who often presents the sound of bells alongside those of choirs and chains.  Escape Hatch adds light drones and subtle reverberations, causing this project to seem dark as well.  The irony is that church bells are meant to signify both life and death, hope and despair; they are rung to mark calls to worship, the hours, and the passing of earthly souls.  Some say their sound is meant to ward off demons.  Bell Recordings is simultaneously soothing and unsettling.  The listener knows that bells are not normally heard in this fashion, but while the order of tones is foreign, no spiritual inversion is implied.  Instead, the listener begins to ask why more church bells are not rung in this way, striking up a conversation with each other, devoid of repeated melody, freed to be heard in terms of tone and echo.  It’s a beautiful recording, all too short at sixteen minutes, but long enough to make an indelible impact. 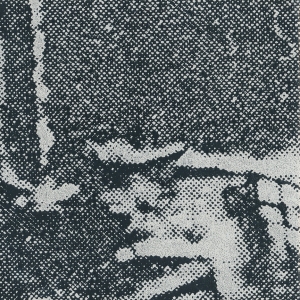 On AM Train, the line between field recording and drone is deeply blurred.  A train ride can come across as either depending on one’s seating and the condition of the rails.  The artist calls these “humming noises”, but after alterations, they sound more like like rumble and hiss.  If one were to hear these sounds on the way to work, one would likely alert the conductor.  The lulling pulse is preserved – a nearly inaudible beat that appears when one listens too long to static.  But so are the interruptions: the sonic screeches, the bending of sound through tunnels and the compression of air against other trains.  In this instance, I am reminded of the drone/noise act Tonesucker, whose distortions veer from the melodic to the abrasive.  Unlike bells, trains are not meant to be musical, but can end up that way by default; AM Train bears the form of music without the composition and performance of musical notes.

Those who enjoy these recordings may want to follow Escape Hatch to their half of the split release Dream Tour, which features manipulations of the sound of junk metal; and to Behind the Trees, a more musical work that delves into ambience and drone.  With nine releases in May alone, Midnight Circles has plenty more to offer.  We encourage our readers to check out the whole batch!  (Richard Allen)