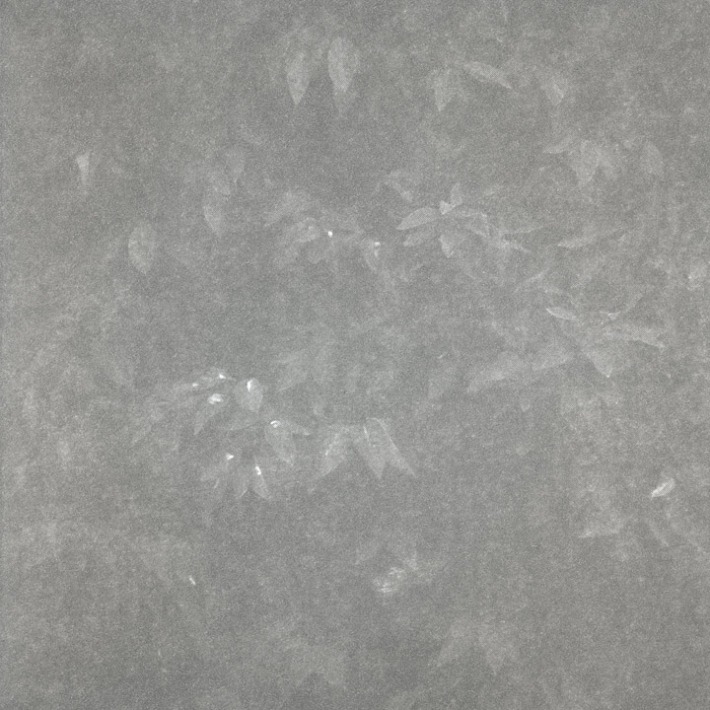 Emiliano Romanelli (b. 1979) is well-known amongst the Italian scene for his work in the multimedia duo  Tu m’.  Back at The Site Before  we were pretty fond of their record Monochromes, which made our Best of 2009 list.  Released on the 12k imprint LINE, the four numbered tracks were stark yet immersive.   Tu m’ took their name from Marcel Duchamp’s final oil painting, but Monochromes found inspiration for its minimalist approach in  a Jean Cocteau quote.  (“A poet always has too many words in his vocabulary, a painter too many colours on his palette, a musician too many notes on his keyboard.”)  For his solo debut Romanelli looks to Francis Picabia’s pronouncement that “The future is a monotonous instrument,” producing a monotonous instrument of his own that succeeds in transforming simple raw material into a beautiful work of surprising depth.

Not unlike Tu m’, Romanelli’s solo excursions prove to be tranquil and soothing.  Once you become accustomed to the restricted sound palette, the subtle differences begin to seem more significant, encouraging a kind of meditative listening that draws you in.

Romanelli created the 333 loops that make up the raw material for this project between 2008 and 2011 using a sound synthesis software, recording each in varying acoustic spaces to further augment their color.  333 Loops (Volume 1)  was recorded live in the cloister of Ex Convento dei Cappuccini in the small comune of Colli del Tronto in Italy, where it was performed quadraphonically as part of the Within 01 festival  on Friday 13th September 2013 at 10:45 PM.  This level of detail is indicative of Romanelli’s approach, a kind of transparency that encourages close listening to the sound itself without being distracted by thoughts of process of representation.  As such, he fully explains the method of composition by which he combines the loops: using “a custom software (2 loop players, 2 EQs, 4 delays, 1 digital room reverb, 4 LFOs), the loops are used as modules in a random process of juxtapositions (A//B) and multiplications (333²)  resulting in 110889  (333^2) possible “events,” interactions between the ‘raw’ loops.” The end result is one very slowly evolving 35 minute composition.

333 Loops begins rather quietly, with little perceptible until about 30 seconds into the piece.  The gentle drone gradually begins to pulse.  Encounters between the shifting loops do indeed create various events, though these come and go so imperceptibly that it’s easy to lose focus.  The cloisters become increasingly resonant as the performance progresses, the textures building in intensity.   Mastered by Giuseppe Ielasi relatively quietly, at first I can’t decide if I’m meant to strain to listen or if I should turn up the volume.  After the first few minutes, however, I’m lulled into placidity, a frog in the frying pan.  The abstract nature of the work of course lends itself to interpretation, though I suspect Romanelli may have a particular mood in mind, and his hand can be felt guiding the results of his random process.  The pulsing tones become hypnotic by mid-piece, and the spiritual setting couldn’t be more apt.

Last month I found myself killing time at the Museum of Modern Art, waiting for my partner to finish exploring the Lygia Clark exhibit.  I was listening to 333 Loops and found myself drawn to the abstract expressionists, intuiting that both the music and the paintings required sustained attention and would be an appropriate complement to sitting on a bench for 30 minutes.   Passing works by Rothko, of whom I’m a great fan, I sat directly in front of Barnett Newman’s “Vir Heroicus Sublimis,” a mostly monochrome painting on a huge canvas.  Newman would hate to see his work displayed as it is here on this site, a small image that can’t come close to conveying the splendor of the original.  The painting wasn’t meant to be seen from a distance.  It’s not representational and so seeing “all of it” doesn’t allow the work to communicate much.  As I sat taking it in, inevitably other spectators would approach and block my view, and so I began to catalog their reactions.   Most seemed to assess the painting, assume they’d “understood” it, and walk on.  A work of art must be experience, however, and grasping the mechanics of a thing is never a substitute for actually experiencing it.  A mostly flat red, the nearly 18′ long color field is interrupted only by Newman’s ‘zips,’ two a lighter shades of red, a brilliant white, a solid black, and lastly a pinkish hue.  Though they do seem to subdivide the painting, and in fact the middle ‘section’ is nearly a perfect square, they aren’t intended to compartmentalize the painting.  Rather they suggest a kind of rhythm, they create a pulse.  This is a painting that plays with our perception, finding a way to activate our perception of red to give it further meaning.  As my eyes move around the canvas, I start to see afterimages,  the white zip most intensely. Where there is only the same red I begin to see hues and shades that aren’t there. The others too have impact, keeping me from lingering too long in any one place, creating new phantom proportions.  After long minutes staring at this painting, I’ve come to see it is far more active than those bustling spectators had assumed.  Emiliano Romanelli’s work is similarly an exploration through perception, and like Newman’s painting 333 Loops requires an active engagement on behalf of the audience.  Many works make demands,  but works of subtly are merely open to use, take it or leave it.  It’s all too easy to casually encounter a work of art and presume to know it.  It’s another thing to slow down and give it the time to reveal itself. (Joseph Sannicandro)