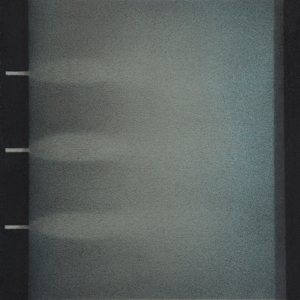 Nearly a decade has passed since The Sleepover Series, Volume One.  While it may be one of the lesser-known works in Hammock‘s canon, it’s one of the most important.  The project was inspired by Marc Byrd’s bouts with depression, and led to a sleepover event in which concertgoers were lulled purposely to sleep.  One imagines an internal struggle for the ticket holder, eager to hear the music and struggling against its intention.  The album followed in 2006, gently anchored by the 25-minute “Still Point”.

Fast-forward eight years, or in this case, slow-forward.  Hammock has grown in popularity and has honed its sound.  Last year’s Oblivion Hymns even concluded with a gorgeous vocal track.  In one sense, the years have been good to the duo.  But the syndromes of our lives tend to follow us around, and when Byrd faced surgery and a long recovery period, he found himself once again searching for “peace and stillness”.  The new set is inspired by poetry, meditation and silence, and is again meant as an aid to sleep: a pure reflection of Hammock’s name.  In this two-hour set, Byrd and Andrew Thompson revisit the timbres of Volume One, but with years of experience behind them, the music seems wiser and more assured.  At this point in their careers, a soft album reflects absence more than presence; fans know what they are capable of recording, and what they have chosen to leave out.

On The Sleepover Series, Volume Two, the duo attempts to “follow the sound and stay out of the way”.  As a result, the album is more about texture than melody, mood than composition, although melody and composition are both present.  It’s a case of making the visible invisible so that those attempting to sleep are not distracted by the seams.  It’s a soft bed, a mattress with no lumps, sheets with no folds.

The album’s ironic theme is silence.  It seems strange to use sound to find silence, but in so doing, the music imitates the timbre of white noise (for example, the hum of a fan) ~ the sound one plays in order to drown out other sound.  In this case, the potential sleeper wishes also to drown out anxieties and other intrusive thoughts.  The title of the opening piece, “Locating Silence”, sets the stage for such a search, while the beautifully titled “From Silence into Silence” brings the point home.  These titles are reminiscent – perhaps purposely so – of the film Into Great Silence, a documentary about Carthusian monks that connects silence and meditation in tremendously unhurried fashion.  As the music fades at the end of “From Silence into Silence”, the sound of crickets is revealed, a reminder of the power of intentional listening.

Like Volume One, Volume Two contains its own extended highlight.  In this case, it’s the half-hour closer “The Lonely Now”, which takes up all of Disc Two.  The separation is helpful, as many will choose to focus on this single piece, born on a mountaintop and carried down gently like an 11th Commandment: Thou shalt find time.  The contrast between quiet and loud is greater here than on any other piece, although the loud is only “loud” by contrast.  The waves arrive like soothing whispers, ferrying listeners to the shores of sleep.  If played on endless repeat, it might even kiss the dawn.  (Richard Allen)