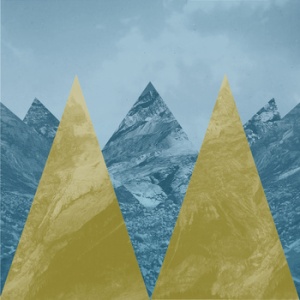 In addition to the recording of music, a reel-to-reel tape recorder can record memories and atmospheres. Found sounds and found objects can be unearthed, and you’ll even find people and personalities embedded within the metallic cool of the machine. They all enter through the doorway (the reel), leaving behind a ghost that can only be heard on playback. The tape absorbs it all. Heezen (Raul Fuentes) specializes in experimental ambient music. With an emphasis on field recordings and the rearrangement of sound, the music’s perfumed with former lives. Made in the late 60’s, the original recording has naturally aged, but it never feels stuffy. It must have been locked away for a long time, but now it’s eager to taste the air once again.

Field recordings flicker as guitars and synthesizers unobtrusively construct a kind collage of the past. Their lives and their voices are now cemented in a deep syrup of ambient sound. Abandoned Memory is not so much a permanent reminder of their presence, because the physical tape will always splutter and decay, but it is a monument to the power of memory and recollection. Can music itself decay? Or does it live on forever, leaving behind its crumbling formats like a discarded shell or a piece of old, redundant skin? The Disintegration Loops proved to us that music can, in some instances, die, but that could be down to the equipment and the recording technique. If the formats run out and no-one’s around to record music, it will still exist; heartbeats and footsteps surely provide their own unique rhythms. And, as the years pass and the formats age, music reappears in other ways. Abandoned Memory is itself a kind of reincarnation. Music itself is immortal.

“3 hrs” starts as it means to go on: softly, fluidly, with a lovely, airy flow next to the crackles and the punctures of the tape. “Abandoned Memory” is probably the most ambient in terms of sound. The soft hums of the tape reel and the bliss of contentment point the music firmly towards ambient, but the hazy, distant voices and the occasional snip of conversation, despite its experimental side, gives the music an air of authenticity. Darker passages lurk around “Day for Night”, and despite the inclusion of field recordings, the music flows with a definite sense of purpose. The music projects faces and situations. The sounds are alive once more, and something that was once abandoned can now never fade. (James Catchpole)