Devon Loch‘s Sleep Scale is a mini-album that can, perhaps, be described as a minimal ambient work, in the sense that it bares sounds and structure down to very basic forms while providing an invitation to become lost in the layering. The simplicity of the various sound experiments going on, as well as the sweet melodic sections, reveal the endeavor to be focused not so much on process but on mood, with the electronic tensions becoming vehicles of expression. The emotional states through which the album traverses are varied and seemingly disjointed, connected very subtly by the slow development of certain kinds of harmonies that suggest a psychedelic edge. It feels in many ways like the mapping of a dream, feelings clearly defined upon a background made of dissonance, tracing paths throughout apparently random images that nevertheless hold, within that map, a logic that disappears upon waking. 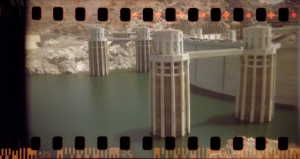 Comprised of seven short tracks, the album feels like it could be listened to in any order, but if we follow the strange dream-certainty that sleep grants us every night, the sequence in which the music happens is necessary to the understanding we each could have of it. As with all music, there is, of course, a level of generality without which it would be impossible to talk about it, but Devon Loch’s peculiar work invites an immersion born of dreamlike projections, of whatever melancholy or happiness you personally associate with, for example, a distant, opaquely recorded piano melody that seems to have been grown out of a post-rock album. In any case, there is a peace and tranquillity that underline the entire thing, smoothing the noise out into an electronic bliss that culminates with an upbeat electro-acoustic guitar track. Whatever your sleep scale looks like (except when having nightmares – I could imagine the mirror image of this work as drone), this is quite a pretty album to have daydreams with, to look at the clouds inside your room as they lift your thoughts down into a multi-color haze. (David Murrieta)