When last we checked in with Do Make Say Think’s Justin Small, his subscription series had just begun.  At that point, we’d had the chance to preview four tracks; now we’re up to nineteen.  It’s safe to say that the experiment is a success.

As the project is a work in progress, we’ve seen some adjustments along the way.  The latest, and for these pages the most important, is the artist’s decision to put the first season on Bandcamp at a Name Your Price level.  This comes as quite a surprise, but we understand the reasoning; once fans hear these tracks, they will understand that the subscription series really is worth getting, and won’t want to wait another season to hear the newer tracks.

In our last article, we had a few suggestions, but now we’re down to one.  Summer is an excellent collection, at times rivaling the best of the larger band’s work; but as an album, it lacks flow.  This is due to its chronological sequencing: the tracks are presented in the order that they were released.  The biggest surprise that Small has presented to date is the variety of these tracks, which range from the expected (and well-loved) post-rock to ambience, electronics and even boogie.  But it would make much more sense to re-sequence the tracks for these collections, beginning with the quieter selections and building to the busier ones.  We suspect this would work quite well on a possible physical release, which might offer a series of themed LPs or discs, loosely grouped by genre. 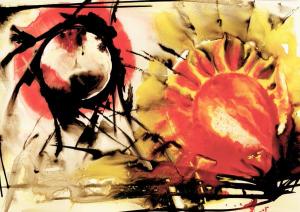 So for argument’s sake, let’s begin to imagine these albums now.  If one is in for the long haul (which we definitely are), then one will have the patience to start slowly.  With this in mind, we present the germ of the Ambient disc.  We’d begin with the 2-part “Stubborn Persistence of Illusion,” which drifts along gently but purposefully from silence to a crawl. A child’s voice is apparent in sections of each track, offering intimations of fatherhood.  Then the soft, reverberating “Stupid conscience gonna lead to the poorhouse,” which takes its sweet time to awaken from its afternoon nap, but eventually rises.  “Just Passing Through” would then fit perfectly in the 4-spot, doing just what the title indicates.  Top this off with “For Fox and Pear,” which is built on a three-note motif and enjoys its first cup of coffee 90 seconds in.

Now we present the intimate disc, which focuses on Small’s more home-spun sounds.  This disc would open with the loving piece, “The Waltzing Wife,” which begins with reverb but shifts to guitar at 1:54 before adding instrumentation like courses to a gentle meal.  Then the languid, evenly-paced “O Donna,” followed by the current album closer “50 by Fire.”  (We’d actually recommend that “50 by Fire” be the closer no matter how the pie gets cut; the crackling fire and the family dialogue make it the warmest track, both literally and figuratively.)

The post-rock disc would include the subscription series opener, “Slow Motion Hearts,” which we loved the first time we played it and continue to admire.  Then “Smiling Bear,” which begins with the sound of a downpour and adds glockenspiel toward the end.  Finish this set with “Gazey Days of Summer”, and you’ve got a winner; the buried vocals lend it the feel of shoegaze. 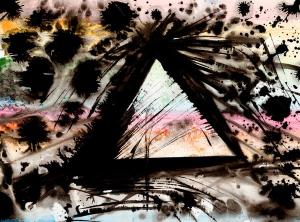 Now to the active closing disc, heavy on electronics and looped experimentation.  “Let’s play the music!” a child exclaims in “Balloon Family”.  “Don’t forget to slow down on the hills,” adds a male adult.  Then the sound of circuses and traveling bands.  This isn’t like anything we’ve heard from Small before.  Then the looped, bell-laden “The Warm Storm,” which toys with beats but decides not to embrace them.  Follow this with “Endless Bummer,” an explosion of feedback that launches into a series of distortions, sorted out by additional, less predictable bells.  “Booogy Wooogy Back Up” is a real curve ball, part Lemon Jelly and part Dan Friel; this is the only place it doesn’t shock.  Finally the album’s swiftest track, the Arabic-influenced “In the Can”, which rocks its way to a solid conclusion at 152 b.p.m.

If Small stopped here, we’d still be content; but we know that much more is to come.  Apparently, the man is going to keep his promise: a new track every week for a year, and a creative explosion to match.  (Richard Allen)