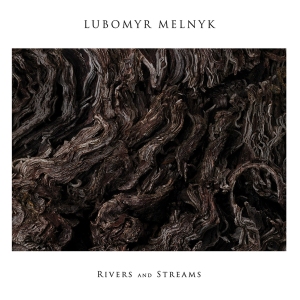 Ever since exploding into the modern composition landscape a couple years ago, Lubomyr Melnyk has justly found quite a wide audience, primed not only by revisiting minimalism at its most pop (who hasn’t, by now, heard at least one Philip Glass soundtrack?), but also by an entire generation of performers that do not see a problem with the ‘shuffle’ button in media players throwing a Rachmaninoff track right after, say, Justin Timberlake. It is a truly happy coincidence, but it does overlook that, in a very special way, Melnyk’s new home is still quite out of place and time.

Visiting his website is like leaping back to the early 2000’s in terms of design, and reading the explanations on his ‘continuous music’ is like doing the same to a time when artists sought to change the world with a new aesthetic principle, here sharing more than a few points with that other ‘forgotten’ minimalist, Charlemagne Palestine. Listening to Rivers and Streams is completely different, in this respect, to the works of much younger performers like Nils Frahm or Ólafur Arnalds, simply because what’s driving it is something greater than Melnyk himself: he’s found a truth, an essence, and he must show it to the entire world. This is not just ‘music’ anymore, it’s something altogether visionary, in the sense that seemingly its truth is grounded on the shifting sands of experimenting time. A Melnyk performance, and by extension an album, is framed by the impossibility of stopping: silence, so integral to music, has no place in the world, for what is continuity if not the vastness of the Earth? The very movement of its waves, whether in sound or water, never still, always coming and going?

Rivers and Streams is perhaps his most evocative album yet because it flows with this truth from the outset, and the speed he’s fascinated by becomes significant for its suggestion of differing timescales meeting, of singular bodies of water whose movement is ‘literalized’ in the ebb of piano, guitar, and flute notes, in the bodily melody built by the swift patterns of hands and fingers tapping keys; the Amazon, to which a piece in the album is dedicated, has an immense speed, but nevertheless might seem calm and slow. A jump in perspective is needed, an act of imagination that can enable us perceiving the 1600 kilometers per second at which the planet rotates, a brief opening that makes those times/spaces available for us to wonder at: a continuity of which we are integral to, just some energy being perpetually somewhere, sometime, to no end. The fastest piano player in the world is slowing things down for us.

This is why I believe Melnyk’s ouvre is not exactly our own, in the same way Arnalds or Frahm’s are. I’m probably not overstepping when I say we understand them quite well, and we can know almost immediately what is it that makes them move us. With someone like Melnyk there’s a little sidestepping required, a willingness to jump outside ourselves and see a different picture, one that is accelerating, always in motion, always traversing a here and a there, with someone.

Rivers and Streams is special because I feel it encapsulates his entire philosophy, a passionate endeavor that sounds like a neo-classical album but is in fact so much more, a two-sided abstraction of nature and music as the experience of time, of standing still and finding out immobility is just a different perception of something that is inexorably going somewhere. Sure, it might be a physics cliché to some, but man, I dare you to get a physicist make the point like this beautiful album does. (David Murrieta)