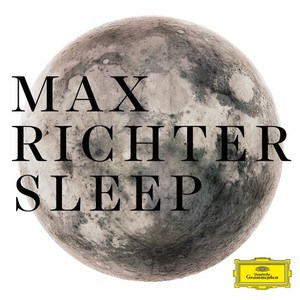 The year’s best ambient albums made an impression by finding a way to be distinctive: humble yet declaratory, soft yet memorable, these albums bucked the odds and quietly declared that they were meant for better things.  Many were themed; all were beautiful.

And now, in alphabetical order, A Closer Listen presents the Top Ten Ambient Releases of 2015.

Adam Bryanbaum Wiltzie ~ Travels in Constants Vol 24 (Temporary Residence)
First he was known as half of Stars of the Lid, then as half of A Winged Victory for the Sullen.  It’s nice to see Adam Bryanbaum Wiltzie stepping out under his own name.  This EP was originally part of a subscription series, and now has been made available to the general public.  We loved the music and hated the cover, but a symphony by any other name would still sound as sweet.  (Richard Allen)

Endless Melancholy ~ Her Name in a Language of Stars (Hidden Vibes)
Her Name in a Language of Stars is a deep longing, a meditative ache that expands without end. It’s ambient at its best, a work dense with sound, layers upon layers that slowly take over your entire listening range, but instead of passively aiming at being attended by different levels of consciousness it very quietly intrudes, drawing out ever-so-slight melodies that will wrench your heart. And it will fill it with awe, with a grand bittersweet feeling that will not go away immediately – it will only gradually wash away from your soundscape, seemingly going somewhere else… this melancholy is endless because there’s always a horizon to get lost in. (David Murrieta)

The Frozen Vaults ~ 1816 (Voxxov)
One of my personal favorites from 2015, 1816 has allowed me to trade years of EPs and singles for a single album.  Frozen Vaults is Pleq and Spheruleus, two established artists whose collaboration brings out the best in each of them.  The album chronicles the “year without a summer”; as the winter of 2016 descends upon the earth, 1816 will serve as its sweet and sympathetic soundtrack.  (Richard Allen)

Ian William Craig ~ Cradle for the Wanting (Recital)
By releasing superlative albums in consecutive years, Ian William Craig is turning out to be quite an impressive performer.  The fact that he also does his own artwork is icing on the cake.  Cradle for the Wanting is the sound of angels in the mist, choirs in the static, holiness in the cracks.  It’s one of the loveliest things you’ll hear all year.  (Richard Allen)

Jeff Stonehouse ~ Mariner’s Willow
Put simply, Jeff Stonehouse has produced some of the finest ambient music of 2015.  Mariner’s Willow is a rare gem that just eclipses thirty minutes. It’s a paradise for ambient music, and Stonehouse has somehow captured and distilled a pure, deeply personal moment in time; sensual, slightly sad and yet ultimately glorious in its outpouring of love, it’s a dusk-tinted moment that holds onto the last light of the day. Never to be repeated, always remembered.  (James Catchpole)

Max Richter ~ Sleep (Deutsche Grammophon)
I often wonder how many people have listened to the eight-hour version of Sleep.  The highlight disc is not enough to grasp the full effect, or the sheer magnitude of the work.  Forget the articles you’ve read about the record-setting length; this is solid music and deserves to be considered as such.  If this is to be Richter’s magnum opus, he can be proud of what he has accomplished.  (Richard Allen)

Mikael Delta ~ Life Is Now (Inner Ear)
Veteran electronics composer Mikael Delta escorts us through a sleepless city with a series of relaxed yet intricate tracks. Layers of synth and piano as well as the injection of plangent cello ensure that the haze of tranquility is never dispelled, despite the LP’s variety and prominent use of dub- and glitch-infused beats. Life Is Now seems to declare: I may be alone, but I don’t seek companionship. (Chris Redfearn)

Ruhe ~ Patriarchs (Eilean Records)
Bryan Ruhe brings a light touch to the seven sketches that comprise Patriarchs, coaxing enchanting harmonies from series of tape loop variations. Resting more on the piano than in the past, Patriarchs is an invitation to meditate in the resonant spaces between, to get lost in these soothing miniatures. Ruhe turns the limitations of the tape medium into his signature advantage, melancholic and warm. (Joseph Sannicandro)

Slow Meadow ~ Slow Meadow (Hammock Music)
Hammock is very particular about the use of their name.  When they decided to sponsor Matt Kidd (Slow Meadow), it was due to a deep appreciation of his sound.  Hammock contributes music to the opening track of this debut album; after this, they allow the artist to fly on his own.  The results are languid and lovely, just what one might expect from the title.

Spheruleus & Friends ~ William Barber (Hibernate)
This is the second appearance on this list for Spheruleus, who also appears as half of The Frozen Vaults.  The artist’s sense of nostalgia continues to shine here, as the album is a tribute to an early 20th century headmaster.  By mixing field recordings with wax cylinder samples and organic instruments, Spheruleus and Friends create a loving tribute to a bygone era.  (Richard Allen)