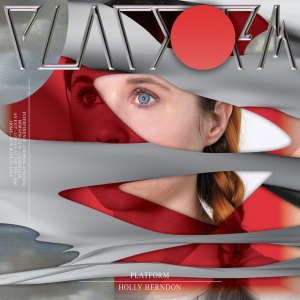 When looking at this year’s staff selections in the Electronic category, I am struck by one glaring fact: none of these selections are typical.  There’s no straight-up house, techno or club music here, although we do cover such genres.  This may be due to the fact that there’s so much of that, and so little of this:  creative, colorful, beat-laden electronics.  Some blend old sub-genres in new ways; others blaze their own paths.  The timbres range from calm to agitated, from soothing to foreboding.  The list is evidence that electronic music is more than club music; the best releases manage to engage the mind as well as the body.

And now, in alphabetical order, A Closer Listen presents the Top Ten Electronic Releases of 2015.

Co La ~ No No (Mexican Summer)
Co La hammers out a 24-hour news cycle with a set of samples whose rhythms often seem to imitate the mechanical environment of the printing press (or even the mass of keyboards in a newsroom), grinding out bits and pieces of data, of blips and bloops that share with the news more than just a cut-up nature: at this point in time it’s all ones and zeros laid out in scandalously attractive patterns. And how attractive they are! Even though it borders on the experimental, No No always falls back into a mode of sense overload that does not want to push the limits of music, but of listening itself, providing so much stuff there’s no point but to sit down and let it all stupefy you for seemingly no purpose other than doing it again and again. (David Murrieta)

Disasterpeace ~ It Follows OST (Milan Records)
The year’s best soundtrack (yes, it’s safe to say that now) is also one of the year’s best electronic releases, a tribute to the classic works of John Carpenter and Bernard Herrmann.  Without the score, the movie might have faded into obscurity, but with the score, it’s been lauded as a low budget masterpiece.  Most importantly, the music stands on its own, and can be played as an album rather than as a series of themes.  Extra credit for the blue splattered vinyl, which references the pool in the film’s climactic scene.  (Richard Allen)

Holly Herndon ~ Platform (4AD/RVNG)
Herndon offers beats, but not for dancing; words, but not for singing.  This unusual approach yields one of the year’s most distinctive albums, an experiment in spliced sound.  If the light from a little disco ball shines through, it’s a sign that the artist is not too removed from the mainstream.  Instead, she hopes to move the industry forward, to free it from its sticky moorings.  (Richard Allen)

holographic field ~ window gazer (Hellbig Music)
Holographic Field’s Window Gazer is electronically-minded. Chimes dapple the air, and beats rap against the underlying, blanketed ambient layers. They are warm compresses pushed gently against the side of the face. Swirling around in the atmosphere, the music is calming, fusing slow-jogging beats with breath-taking moments of beauty.  (James Catchpole)

Inventions ~ Maze of Woods (Bella Union/Temporary Residence)
This collaboration between two greats of the post-rock/ambient scene of yesteryear (Mark T. Smith and Matthew Cooper) shows not only how close those kinds of music often are (many of us, after all, listened to both Explosions in the Sky and Eluvium at the time), but how close they can become. This is not a straightforward mix, but there’s definitely a bit of both in Maze of Woods, letting a certain sweet sentimentality grow in layered fields of sound. It quickly becomes a distinct dreamworld, brimming with detail born from unexpected collages and complicated, baroque electronic interventions that build up into something pretty, pretty great by the end. (David Murrieta)

Mai Mai Mai ~ Πέτρα (Petra) (CORPOC)
Rome’s Toni Cutrone has made a significant impact on the scene in his city, contributing to many bands, running NO=FI Recordings, and founding Dal Verme, one of Rome’s most important venues. But with each subsequent album as Mai Mai Mai (translation: Never Never Never), Cutrone outdoes himself. Before long Mai Mai Mai’s international reputation will be cemented, so get on board now. Despite being an EP that serves as an interlude to a trilogy, Petra is definitely not a throwaway. The deep rumbling bass and restrained high frequency noise build in rhythmic counterpoint to the sound of sea water sloshing against stone. Cutrone knows how to build tension, and the musical intensity is augmented by a strong concept, evoking the gradual wearing away of the stone subjected to the force of the sea, finding living history in the ruins of an ancient temple.  (Joseph Sannicandro)

Mind Over Mirrors ~ The Voice Calling (Immune Recordings)
The music of Mind Over Mirrors is a psychedelic, strange trip. Ever-weaving synths skirt around circles within circles, and they play a large part in the music. Unusual beasts and wonderfully designed creatures litter the forest. You can hear them whispering, singing and uttering just out of sight. Don’t get lost.  (James Catchpole)

Ricardo Donoso ~ Machine to Machine (Denovali)
Ricardo Donoso has two albums listed in our year-end charts, the other being Saravá Exu (found in our Drone section).  Ironically, today’s also the day that Denovali releases a new boxed set of his first three albums.  Machine to Machine is Donoso’s most industrial offering: a cavalcade of synth and beats that ranges from cotton to cement in timbre.  Not many artists can record in multiple genres with equal aplomb; this one bucks the trend.  (Richard Allen)

Serph ~ Hyperion Suites (Noble)
With his fifth LP, the prolific and inscrutable Serph delivers a wider tonal palette without compromising his signature sanguinity. Hyperion Suites is as frenetic and playful as we’ve come to expect of the Japanese producer and, at its best, displays his alchemic ability to combine the exuberant spirit of jazz with the calculated precision of electronica. Now, however, there are calming moments offering chances to reflect on his musical utopia. (Chris Redfearn)

Steve Hauschildt ~ Where All Is Fled (Kranky)
One of the erstwhile Emeralds makes another triumphant return, this time reigning in rhythms and instead allowing organic sounds to drip through his lattice-like synth soundscapes. Within Hauschildt’s abstract, kosmische-inspired atmosphere, however, it’s the occasional chant, animal noise and wooden timbre that come across as otherworldly, or as memories that linger like his captivating melodies. (Chris Redfearn)