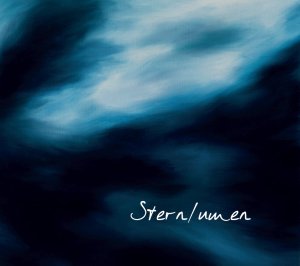 Seven years is a long hiatus, but that’s how long it took German-born, Copenhagen-based pianist Thomas Kudela (Sternlumen) to return to his instrument.  Once back, he approached it with a vengeance, investigating its timbres through improvisation and molding his sound through two years of concerts before committing anything to vinyl.  And it’s a pretty vinyl too, pure white offsetting the blue of the cover and inner label.

Sternlumen often plays fast ~ not Lubomyr fast, but speedy nonetheless. An early highlight is the opening piece, “Großstadtkosmonaut”, which sounds as if it could translate easily into a Roll the Dice track.  While the piano is the only instrument, it sounds as if it could be a synthesizer and a set of drums, as the construction is so close to electronic and the tempo tops 180 b.p.m.  Whenever he slows down, a bit of tenderness begins to creep in, but this is by nature a fierce and frenetic album, balanced by brief breaks.  Sternlumen seems to be making up for lost time, playing twice as many notes as one might expect, as if the time off had afforded him an extra allotment.  More than anything, one can hear the joy in these notes, the return to a beloved artistic partner and the inspiration it provides. 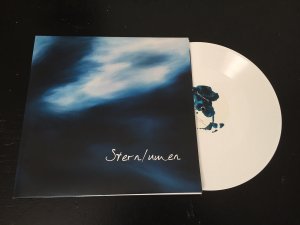 Our only criticism is with the press release, which describes these pieces as “dreamy soundtracks for the cinema of the mind … inspired by places, travels and dreams”.  Perhaps in Copenhagen these are not clichés, but those who review instrumental music have read these words thousands of times.  If the album were weak, we’d ignore it, but this is a strong set and it deserves better words.  The lead story is instead the separation and reunion and the resulting ebullience, so many notes that 88 keys is nearly too finite to express them.  By the enchanting “My mind is not where I am but should be”, the artist seems to have reached a state of peace, reconciled with his instrument, determined never again to part.  The ivory race becomes a lilt, swaying like a conductor’s baton or a hand on the lower back of a loved one, leading the evening’s first dance.  (Richard Allen)