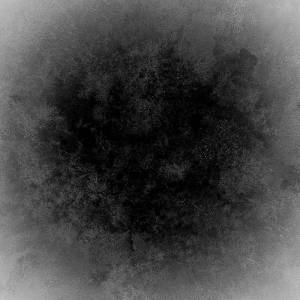 Would you like a little more calm in your life ~ a break from the hectic world, a sense of serenity, a meditative stillness?  If music can offer such a thing, then Jeremy Bible‘s Music for Black Holes is the exemplar.  It’s what the world needs right now, it’s what the artist needed when he recorded it, and it’s what each of us will need at some point, if not now.

The presentation is the opposite of what one might expect.  A black box is typically associated with the aftermath of a disaster.  The flight recorder is the piece recovered from a plane that explains what went wrong.  The last musically-oriented black box we can recall is Flinco Sound System’s loop-based sound instrument, described by one site as “the Buddha Box’s mean little brother.”  But Bible flips the script with his own version, which is only half the size of a card deck.  One must experience a short bit of aggravation first, as the screws are pretty tight; but once one extracts the USB drive, one discovers four hours of minimal, meditative music ~ enough to soothe the savage breast. 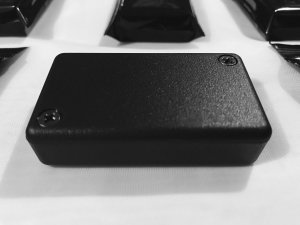 The release defies typical review terms, as it’s likely to be viewed more as a means of relaxation than an album.  Music for Black Holes is less track-defined as it is mood-defined.  As the album begins, the music emerges from a long silence, intimating the vows of monasteries.  But then the soft tones begin to emerge: gentle, patient, soothing.  One will likely never hear “APM 08279+5255” on the radio, nor will one likely remember the title. Yet one may remember the feeling of playing the track, and wish to experience it again.  This may involve active listening, but with a long release such as this, passive listening is more probable.  One can sleep to such tones, or awaken to them.  One can play them in the background and experience a subliminal calming.  The irony is that Bible recorded these tracks while in a state of anxious transition; while in one mood, he was able to imagine and reflect the opposite.

Mildly louder, brighter tones begin to appear as early as “Centaurus A”, suggesting the long, slow movement of expanding stars.  The title implies a cosmological phenomenon: metaphorically, the music is a black hole into which worries may be emptied.  As the volume continues to increase on “Fornax A”, the implication is that of a gentle nudge, akin to the ever-rising volume on a modern pulsing alarm clock.  Be calm, yes ~ but not passive.  Portions of “HE0450-2958” even sound like a small orchestra, bringing to mind the more languid portions of Max Richter’s Sleep.  The thickness peaks in the sixth track before starting a long recession, while the chordal sequences continue to develop.  “PKS 0521-365” suggests church bells, endlessly tolling, yet without individual tones: the album’s most direct allusion to the spiritual.  Over the course of four hours, the album projects the feeling that everything is in control, and that the universe is benign.

In the final two pieces, Bible touches down as softly as a seed from a cottonwood tree.  The patient listener has been rewarded, and returns to the world rejuvenated and refreshed.  (Richard Allen)