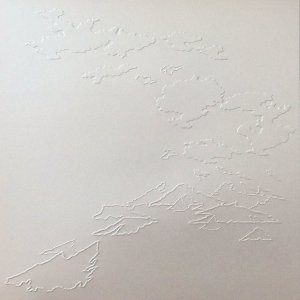 A compact suite in five parts for banjo, e-bowed zither, and electronics, it is nonetheless the environmental sounds that are the heart of 5 Haiku. Drawing metrical and formal inspiration from its poetic  namesake, 5 Haiku is given shape by Glauco Salvo’s tentative playing in quiet dialogue with his natural surroundings.  Recorded live on-site with no overdubs, the physical emplacement of the sounds registered here seems inseparable from those produced intentionally.  If there is a tension between composition and soundscape, there’s no sign of it in the exchange between banjo and babbling brook.

Along this road goes no one, this autumn eve

Recorded by Attila Faravelli in the mountains of Romagna, the spatiality of sound is a significant part of 5 Haiku. Readers may know Faravelli from his solo work, for his duo with Nicola Ratti (FaravelliRatti), and their trio with Enrico Malatesta (Tilde). He also runs the concert series The Lift in Milan out of a small studio. Across all these projects is a shared attention to sound in space, often working with custom arrays of speakers and producing unprocessed location recordings or recordings otherwise attending to the stereo field. Here Faravelli helps to capture Salvo’s performance in a way that emphasizes both the sonic character of the place and the recording’s artifice. These stereophonic recordings of spatialized performances were then mixed and edited by Salvo, ensuring the unity of place and event.

Glauco Salvo is one half the duo Of Rivers and Trains, and has contributed to a number of albums over the years, including guitar with the like-minded Bob Corn, however 5 Haiku is his first proper solo record. Though solo, the use sound recording media playing back or processing recordings allows for a certain density of layers at times.  The uniqueness of each haiku is emphasized by the fact that they were recorded without any overdubs.  I don’t suspect the stress of this claim is intended as demonstration of virtuosity, but instead as a kind of ontological statement. An authentic performance, for Salvo it seems, is one which gives equal weight to the sounds of the environment and the artist’s place within this soundscape. Although at times a haiku may seem very silent, at others very full of noise, at no point are there any sudden shifts in dynamics, and the result is an unsentimental and respectful relationship to one’s place.

As the record begins we fade in total silence to the noise of rushing water, its constancy allowing it to be heard as calming. As the volume continues to swell, and tentative bass notes echo alongside, one might gradually discover that the constant sound of water isn’t as indistinct as it first seems. The repetitive bass notes and delicate banjo rolls help focus our attention on the minor details, to really listen to the sound of the stream. On “Haiku 2” the sounds of dripping water and loud cracks exist alongside bright banjo chords gentle e-bowed swells of the zither. “Hauku 3 – Haiku 4” and “Haiku 5” are a bit noisier but maintain the same lulled calm.  There are more layers present, the electronic sounds are more prominent, and the environmental sounds seem to include more than the stock natural sounds of the idyllic mountainside. In fact, in the final haiku the banjo riff seems to be a loop, its sonority in stark contrast to the bright open chords of earlier in the record. Each haiku may stand on its own, but there is a definite arc which connects them and which in turn elevates the whole into something greater than its constituent parts. And for me it is the first and the fifth tracks that are most beautiful, the point at which the swell of noise leads right back to the roar of running water. 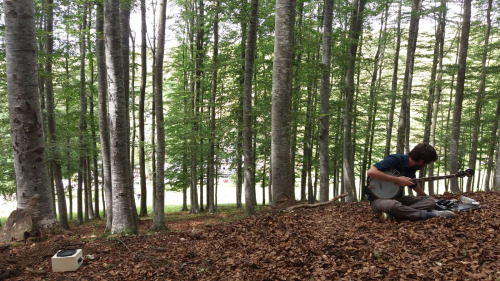 One might listen very differently to this record divorced from its title. Glauco Salvo’s gentle electroacoustic sounds and quiet detail might be described as “lowercase.” Certainly the attention to small sounds and the reticence of the musical exchanges are in keeping with that characterization.  And the overall aesthetic isn’t miles from something you might expect to find on Erstwhile Records.  Yet despite the recording’s emphasis on its “liveness” explicitly situating it in the mountains of northern Italy, it is the references to Japan which dominates our imagination, and this in turn can’t help but influence how we hear it.  The title of the record, the form of each track, and the album’s design (particularly the lovely minimalist white relief packaging) all seems to conjure a romantic evocation of Japan. I’m reminded of a scene in the short-story “Teddy” by J.D. Salinger, in which one character asks the eponymous Teddy, “aren’t emotions what poets are primarily concerned with?” Teddy responds by reciting two haiku by Bashō as examples of how a poem can be evocative without being emotional. This example underscores an important facet of haiku, but also illustrates a problematic Western tendency to exoticize Japanese culture. Both of these aspects seem to be at play in 5 Haiku. 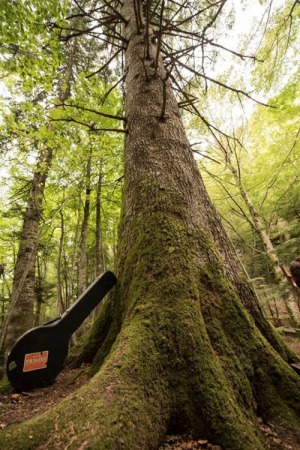 Given this explicit evocation of Japan, its quietness, and its emphasis on space and place, it seems to me that  5 Haiku shares certain affinities with the style of silence-emphasizing music that has been labeled onkyo.  The reference to Japan in the album title might lead one to make this connection, though ironically the musicians associate with onkyo disavow both the name and that there is anything “Japanese” about it, or that the aesthetic has any greater significance than a desire to appease one’s neighbors.  The scene ascribed to onkyo was born from the international circulation of recordings coalescing around a small group of musicians who performed regularly at Off Site, a one room venue in Tokyo. These musicians include Toshimaru Nakamura, Sachiko M, Otomo Yoshihide, and Taku Sugimoto. (See David Novak’s essay “Playing Off Site”) Salvo’s tools may not share the “emptiness” that characterizes Nakamura’s no-input mixing or Sachiko M’s sine-wave sampler, but there is some connection between these performers and the Italian experimental music scene. Taku Sugimoto’s Italia (2001) immortalized live performances at concerts organized by Giuseppe Ielasi in Bolgona and Milano, and if there is any thread here to uncover perhaps it is here.  These performers share an interest in silence, in spatiality, in playing together without interaction, in maintaining a sense of stillness and low dynamics. All of this holds for 5 Haiku, though it is debatable if Salvo’s playing can be said to be interacting with his environment or merely aware of his influence on it, and its impact on him. He never seems to explicitly respond to any environmental sounds, but rather creates a sonic space in which the two can coexist.

Kohlhaas is no doubt a label to watch. In 2016 they issued excellent records by Nicola di Croce, Umanzuki, Stefano de Ponti and more. Their releases tend to incorporate minimal folk instrumentation, often played unconventionally, and focus on a very material recording style, resulting in a style of music that blurs the line between environment and culture. Mastered by Giuseppe Ielasi so you know it sounds great, it’s only a shame that these 25 minutes pass so quickly. (Joseph Sannicandro)

Limited to just 300 copies with relief artwork by Clio Casadei.