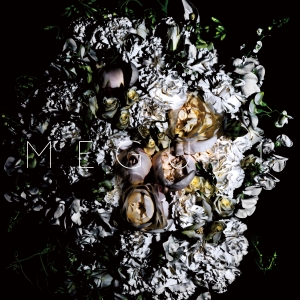 world’s end girlfriend won ACL’S Album of the Year award in 2016, but has been mostly quiet since.  In 2017, he lent his skills to a film score and issued a set of Last Waltz remixes.  In 2018, loss brought him back to the studio.  MEGURI is written “only for the one person,” and is a personal effort that was created to channel grief, express gratitude and reflect remembrance.

The minute-long opener, “Hello, Goodbye,” serves as a prelude to the title track, which is followed by the long, slow “See You Again.”  The fact that the title track is a waltz seems to fight against the title of the last album, but we realize that a loss is a personal apocalypse; the two operate as macro and micro mirrors of each other.  The track exudes the playfulness of a calliope while passing through several phases on its way to a dense, satisfying climax.  One might call this the “classic” WEG track, memorable for all the right reasons.  Although it’s about a person who has died, the piece bursts with life, the finale surging from the speakers with drums, laser rays, and a fully orchestrated demeanor.

“See You Again” is more about the mourner than the mourned, a sonic reflection of loss.  Other WEG sets get bigger as they progress; this one gets smaller, as a life has been diminished by the absence of another.  The piano is gentle, accompanied by faint ambient washes; one suspects it will explode, but instead it implodes.  As the end nears, the pianist can hardly press the keys.  The sounds grow fainter and fainter until all one hears are the keys without the notes.  This is as accurate an expression of grief as we’ve ever heard.  After WEG has introduced us to the life of this loved one, he’s demonstrated what it feels like to have it taken away.  Although written for one person, the music strikes a common chord. We can’t imagine a better tribute.  (Richard Allen)