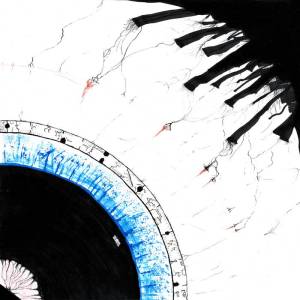 There was an episode a few years back of What’s In My Bag?, the YouTube series from Amoeba Records that features musicians picking out records in the store, in which Dan Deacon goes on a mini-rant after picking up The Nonesuch Guide To Electronic Music. “How long will it take for electronic music to stop being called that? It’s not like rock ‘n’ roll was called guitar music” he says before channelling the voice of a rock-loving dude “Hey, you going to see that guitar band? Guitar bands are wild! I love guitars!”. This seems to be the sound of Mr Deacon protesting too much, and maybe it was sparked off when he read his Wikipedia biog that bills him as an ‘American composer and electronic musician.’ But it is thought-provoking.

Now there are probably three responses to this comment. The first would be to run through all the many, many styles covered under ‘electronic music’, such as leftfield, abstract, noise, synth-pop, experimental, electro, happy hardcore – all descriptions of Deacon’s album Spiderman of the Rings listed on Discogs, incidentally. We could then look at acts that are still described as guitar bands, pausing to point out that The Beatles were called a guitar band when they were passed over by Decca Records, so it’s not an uncommon phrase. Then a quick breakdown of electronic music serving as a convenient catch-all in the same way that, by comparison, jazz covers everything from the jug bands of New Orleans to GoGo Penguin’s live variations of drum ‘n’ bass. This answer may go on a bit too long for, so the second response would be somewhat more concise: to borrow from The Dude, “Well, like, that’s just your opinion, man.”

There is, as you might imagine, a third way and that would be to play Mr Deacon the new Odeko album which doesn’t sit comfortably within one style, and in parts seems to literally crackle with electricity. It could only be described as electronic music. The label it’s on, Gobstopper, has its roots in Grime, but this is music that is some distance away from that. Indeed, it puts me in mind of the wave of releases Planet µ put out, from the likes of Joseph Nothing, Nautilis and Dykehouse (probably best captured on compilation The Cosmic Forces of Mu). Flitting with ease between styles; managing a rhythmic undercurrent that could slot into a DJ set if the time was right; utilising the sounds of acoustic instrumentation to explore unexpected avenues; incorporating unwieldy titles such as “OpticRose.0.1\\Installation” – its like it’s 2001 all over again.

“manthemirror” has a pretty nice melody, but Odeko adds some fusion-y pitch bend and a hint of the amen break for added nostalgic vibes. That tune is followed by the decidedly more edgy “REPLACE BATTERY” which is built around samples of ISDN-dial tones; it’s a sound that used to be popular for musicians to utilise but has understandably gone out of fashion since everybody moved to broadband. Nevertheless it does offer the feel of electricity pulsing through the music: this is not music easily sidelined into a single style but confidently shifting from one to another without losing overall focus. The second half of the album is a touch more ambient and introspective, the crackles disrupting the subtle atmospherics of “Boîte Diabolique” and “OpticRose.0.3\\SYNCERROR” .

Rose Tinted Vision Implant hits all its marks pretty much faultlessly; as the title indicates, there’s a definite old-school feel to some of it but that’s counteracted by the more futuristic touches such as the woozy bass lines. Odeko has a delicate touch that matches melody with rhythm, the rough with the smooth. So next time somebody comes up to you and says “How long will it take for electronic music to stop being called that?” put this album on. That will keep them quiet for an hour or so and hopefully counter their argument in one go. Electronic music is wild! I love electronic music! (Jeremy Bye)