First Half Highlights ~ The Top 20

We’ve reached the midway point of 2018, and polled our staff to discover their first half highlights!  This is a great way to keep track of what we’ve reviewed so far and are still enjoying in July.  We suspect many of these will end up on our Year-End lists!  A couple of things stood out in our survey.  No album received a consensus, as only one album was listed by three writers.  This means the year’s #1 album may still be out there!  And each of our genres received some love.  We hope you’ll enjoy our selection, and perhaps discover something you may have missed! 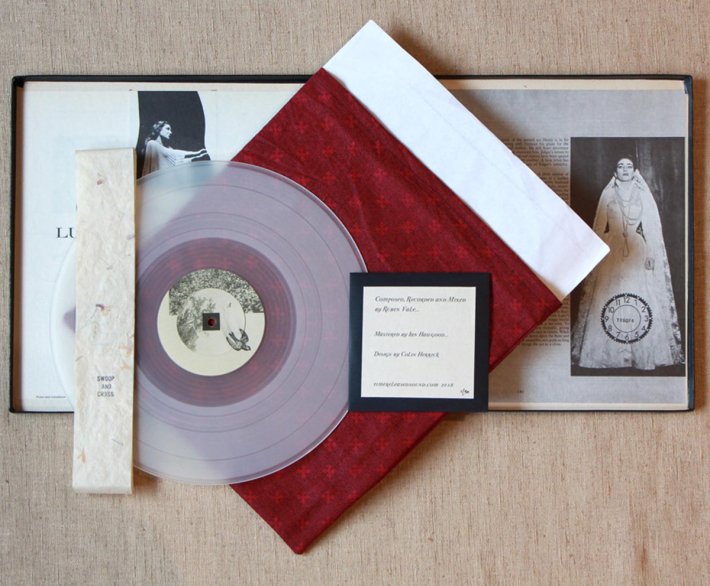 With so many ambient submissions coming in, it’s easy to be overwhelmed.  At one stretch, we received over a hundred ambient albums in a single month!  That’s a lot to sort through, but we’ve still managed to find some favorites.  Ian Hawgood + Danny Norbury‘s Faintly Recollected (Home Normal) is an early highlight we received in time for the holidays.  This 33-minute piece is decorated with segments of soothing chimes, perfect for contemplation and meditation.  The calm vibe continues in Cheekbone’sつかの間 [Tsuka no Ma], especially on the track “Hidden Dancefloor,” which may inspire slow dancing in the chill-out room.  This is just one of a host of tapes covered in our article on Muzan Editions.  Early in the year we were also reunited with site favorite Strië, whose Perpetual Journey (Serein) provides a thoughtful elegy for Laika the Space Dog.  With the 2018 World Cup taking place in Russia, it’s a great time to revisit this elusive and engaging EP.  Winter also brought us Stories of Disintegration from Swoop And Cross, a moody yet lovely release on the consistently impressive Time Released Sound, featuring the usual over-the-top packaging (pictured above).  Gray Acres‘ self-titled album on Sound in Silence splits the tonal difference between ambient and drone, offering a soft option that washes over the listener like fog.  But for all-out drone, the clear standout is Rafael Anton Irisarri‘s Midnight Colours on Geographic North.  Expanding on the theme of The Shameless Years, he provides a soundtrack to the Doomsday Clock, existing in a space of “morbid optimism.”  We still have the opportunity to change.  But will we?

A variety of moods come to play in our Electronic section.  Sonae‘s I Started Wearing Black (Monika Enterprise) is a personal and political proclamation: music that is tired of living in an ambient house and is ready to let loose.  The transformation is incredibly empowering.  The prolific Brett Naucke spent a lot of extra time – years, in fact – on The Mansion (Unifactor Tapes), and it shows.  The album is so nuanced that even multiple plays are not enough to illuminate its hidden treasures.  Months after release, it still sounds new.  Erased Tapes may be known for their modern composition artists, but Rival Consoles beats them all for inclusion on our list.  The creative Persona may fold in a few of those classical instruments, but nothing stops the beat.  It’s hard to tell from the cover who’s red and who’s black, but wow, what an image!  And a pair of seeming opposites unite as Venetian Snares x Daniel Lanois on Planet Mu, their wild inspirations performing a pas de deux the likes of which we haven’t heard since Rossz Csillag Alatt Született. 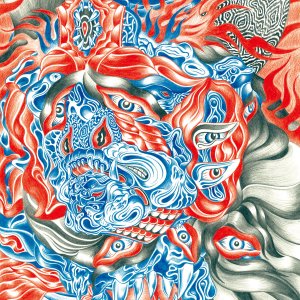 This has always been our most exciting category, and 2018 is no exception.  We’ve already encountered an album inspired by poisonous wort; a co-composition with a machine; etched records used as art; a three-dimensional die-cut CD; a USB stick embedded in a branch; and a release of one.  Ricarda Cometa tops them all with an insane cover and music to match, bursting with energy and verve.  Ricarda Cometa 2 (Nefarious Industries) may not be the official score to the Mexican World Cup, but it still may cause a small earthquake.

Field Recording & Soundscape
Field recordings and soundscapes have been hard to find this year, as many of the top labels have gone on hiatus or have reduced their output.  But our intense searches have been rewarded, and in terms of variety and intrigue, this has been an incredible year for the genre.  At the end of the year, it’s going to be hard to choose just ten.  But at least one is a lock:  the Institute of Landscape Architecture‘s Melting Landscapes, which makes a powerful environmental statement through sound and image.  Watch this teaser video for a sneak peek at the images found in the album booklet.

The newest selection is this article was only released last Friday, but is already making an impact.  Floex & Tom Hodge’s A Portrait of John Doe (Mercury KX) is an expert blend of modern composition and electronic experimentation, accompanied by a series of remixes, the latest by Max Cooper.  Many artists attempt to cross-pollinate, but this is the rare duo that succeeds.  Anders Lauge Meldgaard‘s  At Synge Verden Ind I En Ny Og Mangefoldet tid (Singing The World Into A New And Manifold Time) (År & Dag) is a very different sort of experiment, this one involving eight tempi played by eight performers at the same time.  Miraculously, it all works.  On Closing Statements, (Mirakel), Kaada offers a series of pieces inspired by last words, yet avoids both sadness and treacle.  “It Must Have Been the Coffee” is the standout track in this inspired set.  In contrast to such restraint, Maciek Dobrowolski embraces loss on Ephemera, reflecting an emotional poem by W.B. Yeats.  The listener can hear the sorrow, but hope floats on its tears like a sturdy raft.  This brings us to the most recent album on our list to have been reviewed: Rachel Grimes‘ tender soundtrack to the documentary The Doctor From India.  Her piano compositions are bolstered by violin, flute and sax, making this a standout in the film score category as well.

For a while, we were getting worried about this category, as the highlights seemed slow to arrive.  At last things started to pick up this spring with the arrival of a new EP from World’s End Girlfriend, who won our Album of the Year award two short years ago.  MEGURI (Virgin Babylon) is a statement of grief, but oh-so-beautiful, in the manner only WEG can achieve.  Then came Spurv‘s titanic Myra, still the album to beat in the post-rock category this year and the only overall listing to receive more than two votes.  This is exactly what we’ve been missing in post-rock: power and purity, woven in a coat of strings.  And finally, we have a dark horse candidate (or perhaps in this case a light horse candidate).  Here at A Closer Listen, we review very little folk and even less music with lyrics, but Birds of Passage‘s The Death of Our Invention (Denovali) is both.  It’s fair to say that Alicia Merz has won us over.

How will these albums stack up come year’s end?  Stay tuned to find out!  For now, we wish all of our readers a wonder-filled second half ~ we can’t wait to hear what happens next!