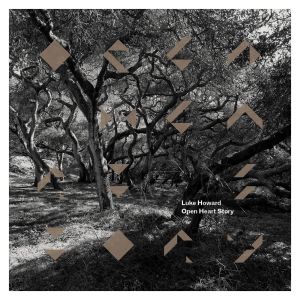 Is it possible to retain a sense of intimacy – even isolation – when backed by a 23-strong orchestra? Through his short yet prolific career, Luke Howard has distinguished his piano-based work amidst a sea of imitators by its variety and, more importantly, its honesty – the precious sense of his instrument bringing to song his brightest adventures and deepest anxieties.

As implied by its title, Open Heart Story promises more soul-baring – but here a florid theatrical sail of orchestration adds colour and depth, driving the ivories over glistening waters. Swelling gradually throughout the 90-second introduction to “Bear Story II”, the strings soon take command with a gentle, pensive melody that quietly aims straight at the heart, carried by undulating cello. Thoughts evolve to introspection in “A Long Life”, where Howard’s rhythmic prowess emerges in choppy and counter-rhythm string parts, before we reach the set’s emotional core, in “Hymn”. Like the finest songs of praise, it bears a mournful yet somehow triumphal halo – a weighty melodic polyphony that is in no hurry to build as it repeats – and indeed never quite attains the dynamic heights you expect it to, even after an octave jump. It seems analogous to a life’s prime having drifted by without its holder realising.

But the Australian composer has not entirely abandoned the ship on which he sailed through the relative starkness of 2014’s Two & One. The intriguingly named “In Metaphor, Solace” sees the pianist resume solo duties for a short and sombre piece, his rubato and dynamic playing conveying more-heartfelt expression. Better yet is the picturesque canvass depicted in “Elysian Fields”, whose graceful delicacy befits an afterlife paradise reserved for the heroic and the righteous. Later on, the brief “Solstice” starts hesitantly yet ends with peaceful momentum. The waters grow calmer in the set’s final third; reflections become clearer.

Indeed, the theme of reflection pulses through Open Heart Story, as Howard felt the breeze of mortality and started recollecting his childhood and formative influences before sitting down to write. These memories grace the set in understated ways. Opener “Prelude for a Single Voice” is a homage to Bach; mid-set “In Praise of Shadows” is a glorious companion to a piece on 2013’s Sun, Cloud – a neutral two-note refrain unifying the pair while emotions coil and toil around it. With its foundation of thick synth pads, penultimate piece “Remembering My Childhood” pays respects to Ryuichi Sakamoto and the Yellow Magic Orchestra. As these synths are swallowed by strings, the overall scarcer use of electronics compared to prior releases becomes apparent. Realising this, I couldn’t help but draw a parallel with Sakamoto himself, who in a recent interview pondered on his transition from electronics to violin and organ. Do the long-decaying notes of the latter perhaps symbolise immortality? Intended or not, his influence is perhaps still a prevailing wind.

Centerpiece “Hymn” is revisited to close the set, this time as proudly naked as the day it was born (on a piano). The refrain is familiar, comforting. Now shorn, it carries more hope, touching us with greater intimacy than it had before. But would it resonate as strongly if it weren’t for all that prior orchestral grandiosity? The contrast creates the pull, and thus is revealed the subversive power of this consistently excellent composer’s magnetism: using the loud to intensify the quiet. (Chris Redfearn-Murray)