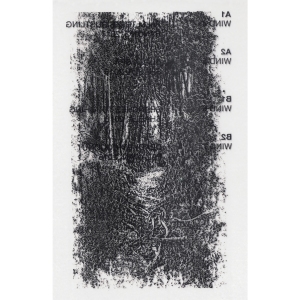 The music industry is less accustomed to sequels than the movie industry, but occasionally one does appear.  This is the case with Wind 4-7, a follow-up to 2016’s (you guessed it!) Wind 1-3.  In the new set, Robert Schwarz again mixes field recordings with modular synthesis, although the result is more dronelike and experimental than the first.  The change is apparent from the start, as “Wind 4” begins with bell tones and then unwraps crinkles, rustles, and brief snatches of melody, the bright notes sounding like a synthesized rendition of rain.  A few final flourishes hint at a long, complex composition.  So where exactly is the wind?

The trick Schwarz plays is to lead by implication.  “Wind” refers not only to actual wind, but to mental and aural impressions of wind.  The musical references in the fourth part are joined by physical renditions in the fifth.  In this segment, the drones continue to grow like stratocumulus clouds, but the wind-swept rain is also evident as it sweeps across the corridor of the speakers.  Below the surface, the background sounds imply frightened birds and a creaky swing, each affected by the elements.  This isn’t rain for playing, it’s rain for fleeing.  One imagines a passerby cursing, “This is nasty weather.”

“Wind 6” continues the musical sounds that ended “Wind 4,” looping them in echoed fashion along with a repeated creak.  The concluding “Wind 7” draws these threads together, musical menace and nature’s oppression, each the soundtrack to the other, neither establishing dominance.  When they converge, their combined volume is loud enough to freeze the blood.  One is left with an appreciation of atmospheric fury, along with an astonishment at such anthropomorphic accompaniment.  It’s not always clear where the storm ends and the synthesizer appears, simply that it’s better to stay inside until the maelstrom has passed.  (Richard Allen)