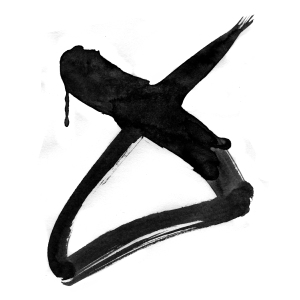 We love the idea of a field recordist wandering around the countryside, recording the sounds of old and long-abandoned churches.  The album begins with a haiku from Ian Joyce:

I sit inside the old church,

Neil Stringfellow (Audio Obscura) started with one Norfolk church, “often with baby in pushchair,” as he investigated the visual and auditory sounds of his new home.  Then he visited another.  Soon he realized that he “had a little collection of Norfolk churches.”  Having a baby makes one think a lot about life and death, especially of generations ~ which makes his time in church cemeteries less foreboding than holy.  The first of these is the grave of W.G. Sebald, who wrote much on history and silence, investigating not only the silence of sound but the silencing of voices.

The birds and the bells hold witness.  A passing airplane is a reminder of the difficulty of finding “one square inch of silence,” pinpointed in Olympic National Park yet now endangered.  The plane doesn’t seem to bother Stringfellow much; he folds in ambient washes to create a new, blended environment. The birds continue to sing, and the bells continue to toll ~ although in at least one instance we suspect that the recording has been extended to a loop as the number of peals exceeds those of the hour.

There’s an elephant in the room, but it’s a fascinating, invisible elephant.  Many turn to churches to experience purposeful silence, although such silences are often regulated (a moment of silence, silent prayer) or experienced under a watchful eye (meditation in a sanctuary during regular business hours).  A church implies silence even in the midst of noise, as one discovers when ducking into St. Patrick’s Cathedral in Times Square at Christmastime ~ no worship service, no actual silence, but the silence of the heart.  This is what Stringfellow seems to pursue and to discover.  He blends in the sound of choirs, but as texture, implying a memory of choirs or an idealized worship experience, separate from dogma and distraction.  Although many churches now stand empty, their impact continues in spiritual form.

The old rhyme goes, “Here is the church, here is the steeple, open the doors and see all the people.”  But what if there are no people?  Gathering Silence implies that the church is no less holy.  This being said, “Time Lapse Sunrise” does contain more of the human element in conversation and harmonium hymn.  And while the choirs of “Medieval Stone” are clearly looped, they once existed in living form, the loop like a repeated memory.  The “distant choir” heard through rain in the concluding piece operates as a metaphor, a reminder that many lost things still have value.  (Richard Allen)