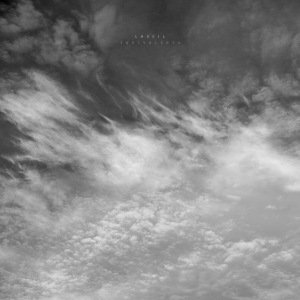 Many people say that listening to ambient music reminds them of cloudgazing, but few artists are as intentional about making the connection as Loscil.  Scott Morgan’s 12th album under this moniker takes inspiration from a series of photographs by Alfred Stieglitz that shares its name.  Equivalents has been showcased at MoMA and collected in book form; after nearly a century, it continues to beguile.  This means that Equivalents (the album) is not music for looking at clouds, but music for looking at a person looking at clouds.  Stieglitz’ work is an entry point and a lens.

220 in all, these photographs represent some of the earliest use of the camera to capture abstraction: an approach undervalued at the time.  An amusing conversation is noted by Dorothy Norman:

Substitute “song” for “photograph” and we have a conversation about ambient music.  In terms of framing, there is some significance to the cloud connection.  But in terms of listening, the details are less significant; some might say irrelevant.  What do we picture when we hear Loscil’s music?  What do we think or feel?  Do we fail the cloud when we don’t even decide what it might look like, but simply enjoy the sight?  Might it produce a feeling of magnificence, or remind us of ephemeral beauty?

The same questions hold true for ambient music in general, but this album in particular.  The album may produce specific impressions: a rotor blade coming to a halt, a gentle mist, a mammatus cloud.  If I were to tell you which tracks produced such images in my mind, I might handicap your imagination, in the same way as a horse pointed out in a cloud continues to look like a horse to a person who hears the comparison.  Instead I can report that the album produces a feeling of awe, especially when the ambience turns to drone and the volume rises (the end of “Equivalent 5”).  But in its quieter moments, especially those with piano (“Equivalent 3”), it inspires peace.  The listening experience creates the same range of effects as cloudgazing, from wisps to gray shadows, stopping just short of showers ~ except perhaps the implied sheets of “Equivalents 2.”

Ironically, Stieglitz’ photographs and Loscil’s tracks have form, although they imply the shifting of form.  Each is abstract, yet captured.  Loscil’s aural mirrors pull apart like taffy and merge like fronts, but remain within the boundaries of their recordings as Stieglitz’s photographs remain within their frames.  Perhaps only generative music can capture the ongoing nature of weather systems, in the same way as a window can expand the work of a photograph.  But instinctively, we know that such substitutions are inadequate.  Artists spark the imagination, showing more by showing less: a picture worth a thousand words, and (to paraphrase Blake) a world in a grain of sound.  (Richard Allen)