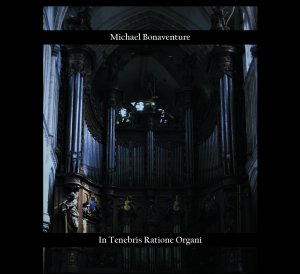 Pipe organs are custom built for one space, which forms part of the instrument. Anyone nosing around a cathedral and beholding the towering walls of pipes will suspect as much. Unfortunately, leftfield musicians may struggle to access these instruments. Conservatism in church music probably plays a part. Automatronic is an organ collective formed by Lauren Redhead, in response to these challenges. I wonder if artists like Michael Bonaventure still risk excommunication, if their work strays too far into the wonderfully demonic.

In Tenebris Ratione Organi is an album which creates its own space, particularly by integrating the organ into cosmic, meandering synth. At some point during the eight minutes of “Galactic Weed”, listeners become aware of an electrically charged chasm opening. Might this be a portal into hell? Or perhaps the bleak chaos which John Milton described: “Illimitable ocean, without bound, / Without dimension”. A later track, “Giant Silver”, is fittingly interstellar, with masses of space dust drifting from the left to right stereo channel. An occasional planet rises into view and slips past, sounding like a dropped rock rippling a dark pool.

On the opening track, Bonaventure uses the organ to produce abstract layers, topped by the clatter of bells. We start to sense something strange, as the organ is processed into an electromagnetic hum. Since organs are powered by continuous airstream, playing legato is one of the organist’s key skills. Bonaventure follows this tradition with his rising and falling drones. Yet he also opens some alarming silences. On the third track, these are joined by the insistent beeping of car alarms and a hoard of choral angels. Their song, processed and looped, calls us back from the darkness of the album’s title

Many people regard Robert Moog as the “father of the synthesizer”. However, Yamaha Synth reserve that appellation for the pipe organ. An organ’s multiple ranks of pipes each produce different sounds. Employing them in different combinations, the organist can readily craft timbre, pitch, and volume. Bonaventure exploits the chameleon nature of this instrument, and occasionally the organ slips fully into camouflage. One track even assembles an embryonic, otherworldly techno. When conventional organ sounds are foregrounded, their call to prayer finds response in dark, echoey ambience and distorted incantation.

Fans of traditional organ recitals may be alienated by this album. On the other hand, they may relish taking a profane trip alongside their sacrament. Fans of far-out, space-age textures should play this record backwards and see what kind of vortex opens. (Samuel Rogers)