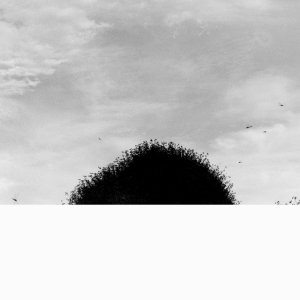 Chihei Hatakeyama has always indulged in the blurry aftertones of experience. The head of the White Paddy Mountain label has spent the last decade exploring the residual impact of thoughts, places, and moments through contemplative sonic arenas that effortlessly expand into their own nebulous landscapes. Forgotten Hill adds a delicate specificity to Hatakeyama’s timeless compositions, taking inspiration from the barren hills of the Asuka region of Japan to amplify his soothing vignettes. The results are often dizzyingly pensive, spiraling into slow effervescence.

The Asuka region was a densely populated center of 6th century Japan that slowly fizzled into decayed, open fields scattered with burial grounds and other architectural emblems of loss. The core of Forgotten Hill seeks to emulate this sense of degeneration through short, stream-of-consciousness arrangements that never reach their expected apex. Hatakeyama uses his traditional array of slow-burning, full-bodied synth pads to immerse listeners before prematurely sucking them out of the trance. Like the desolate man-made landscapes that inspired them, the songs on the record strive for an ageless impact through humble impermanence.

Hatakeyama’s titles provide context into his inspirations. Blunt names like “Staring at the Mountain” and “Buddha Statue Without Roof” lend the album a sketch-like nature in which the compositions function more as fleeting feelings than fine-tuned statements. Even without exposition, the fractal arpeggios and elongated hisses of “The Constellation Space” achieve only momentary transcendence before moving to the next hill.

The record never falters in its dedicated examination of Asuka and the Kofun (burial mounds), though it does remain somewhat stagnant. The first eight tracks counter each other as one sees the same objects differently from eight random points in a large open field. One is constantly aware of the similarity between perspectives, and appreciative of the delicate alterations. Only on the ninth and final track, “Fugitive From Wisteria Field,” do Hatakeyama’s sound explorations burst beyond their locations. Acoustic guitar cuts through the synthetic, legato tones, conjuring the stark image of a single living man in a once vibrant, now abandoned pasture. (Josh Hughes)