By postrockcafe / May 2, 2020 / Ambient, Drone, Electronic, Experimental / Leave a comment 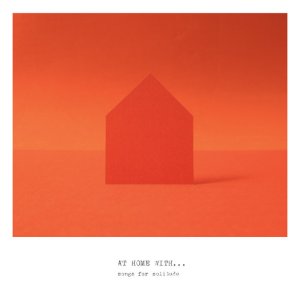 For the past six weeks, Brazil’s La Petite Chambre Records has been releasing a weekly two-track EP in response to the crisis. Each release contains the same image of a lonely house, but with a different filter, making this series a sibling to Whitelabrecs’ Home Diaries.  This week’s release arrives from James A. McDermid, with proceeds doubled by the artist before going to benefit the North Bristol Foodbank.  McDermid is the first artist outside of the label’s current roster to contribute, but we suspect he won’t be the last.

McDermid’s EP is particularly forlorn, a pair of drone pieces that reflect the artist’s frustration and sadness as he has been unable to walk his favorite woods.  “While the Sun Drowsily Blinks” is also informed by the Robert Graves poem “To Walk on Hills,” which one can play here while listening to McDermid’s track to create a pleasant overlap.  “Hopeless and Chimerical” picks up the thread, as sonic waves lap against the speakers like the call of the great outdoors.  The artist admits to enjoying isolation before it was enforced; now burdened by the “optionless immutable daily life,” he misses the opportunity for connection.  The fact that he is making this connection through donations underlines the dual tone of the release.

The timbres of the series have stretched across the board.  A_D_A‘s installment is slow and heavy, like a plodding heart.  Mathematical titles seek to make sense of the crisis, reflecting exponential growth and decline, metaphors for multiple states.  Purposefully “cold and depersonified,” the music recalls lives as statistics and the oddity of being so connected and disconnected at the same time.  At the end of the first track, ambience gives way to light industrial beats.  Proceeds benefit the Brazilian cultural center Teatro Espanca! ~ so maybe it’s not so cold after all.

Marco Scarrasatti‘s diptych is the “odd man out,” a pair of pieces for baritone sax, Tarpa and horn.  It’s the sound of someone having fun at home, although it’s so abstract one might consider it a sonic scrawl.  Yet this is the freedom the crisis has given us: freedom to experiment, to try things we’ve been putting off, to enjoy what we can while trapped inside.  If Scarrassatti sounds a bit stir crazy, we don’t mind ~ especially when his proceeds are going to the São Paulo art studio Estúdio Fitacrepe SP.

Sentidoor‘s work is also experimental, albeit more accessible.  The artist describes “Dentro” as “a capsule of lullabies,” which would also be a great name for an album (take note!).  The piece is built around repeated loops of guitar, water and voice, nestled in a bed of electronics, reflecting the feeling of staying inside, surrounded by the safety of windows and walls.  The piece gradually recesses into peace as instrument after instrument drop out.  “Multitude” is more active, alert and static-charged, a clash of twinkle, crunch and drone.  Listening is sensory overload, akin to watching too much of the news cycle.  Yet even this quiets down by the end.

Lise makes us want to dance.  While we can’t go to a club, we can dance around our living rooms or at the very least, bob our heads while sitting at our computers or in our cars.  We need breaks like these from time to time, simple explosions of joy.  “Experimentando as Noites” is the most joyous track of the project’s premiere dozen: three minutes of fun followed by a butter knife of peace.  After this, “No Fim de Um Lugar” (“At the End of a Place”) brings us safely home, but in the classic sense: home is not a place to dread, but a comfort.

And finally (or first, as we have gone in reverse order), Constantina offers a warm pair of tracks, the first accompanied by a home video montage: a reminder of times past and the fact that generations before us had their own struggles and got through them.  The pleasant guitar is joined midway by soft beats; the pace picks up and the camera goes into fast forward.  Time seems to be going slowly right now, but these moments too will pass in an eye blink ~ so be sure to treasure your loved ones, watch over your communities, and know that solitude need not mean isolation.  (Richard Allen)