Robot Koch ~ The Next Billion Years 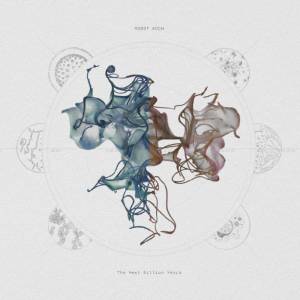 Will humanity make it through The Next Billion Years?  We’re not even sure we’ll make it through this one!  Robot Koch‘s latest album travels into the future to imagine where we might land given a wide variety of choices and circumstances.  Will we address climate change before it is too late?  Will we concentrate on space travel, and desert our current planet when sustainability dissolves?

The artist seems more hopeful than that.  Robot Koch is a man, not a band, and his sound is warm, not robotic.  On this album he enlists the aid of Estonian orchestra Nordic Pulse, conducted by Kristjan Järvi, to create an intense blend of electronics and modern composition.  The dramatic, beatless opener sets up the piano-happy first single, “Liquid,” which topples into a percussive event.  Meanwhile, the teaser video (as well as that for “Kassel”) explains the topical underpinning through dialogue (not found on the album): a prescient lecture from Jacques-Yves Cousteau.  Before passing away in 1997, the conservationist managed to predict our current state of overpopulation and environmental degradation.  “It is almost already too late,” he warned.  And yet, imagining the possibility of a “cosmic consciousness,” Cousteau concluded, “it has a chance.”

Extrapolating a billion-year prophecy is no small task, but the artist does so with major chords and a sense of largesse.  As one listens, one can imagine the universe expanding.  The collection yields two distinct moods: melancholic (borne by the strings) and hopeful (carried on the beats).  Listeners may gravitate to one or the other, or vacillate between poles.  The propulsive nature of the music suggests that we are hurtling toward some unknown destination.  The soft wordless vocals of “Stars As Eyes” wrap around the violins like consoling hands.  On “Dragonfly,” a rapid vibraphone melody sets up a particularly effective string motif, followed by a recession and a resurgence.  On “Hawk,” a trumpet signals triumph.  The implication is not that we have already won, but that every turn in the right direction is worth celebrating.

Will music awaken us, as Robot Koch suggests?  This seems a lot to ask.  But music can encourage, motivate and inspire, as in slavery spirituals, demonstration songs, and charity collaborations.  One must track down the liner notes of The Next Billion Years to know what it’s about, but one can sense the cheering behind the music: you can do it.  You still have a chance.  (Richard Allen)