Morusque ~ the end of music 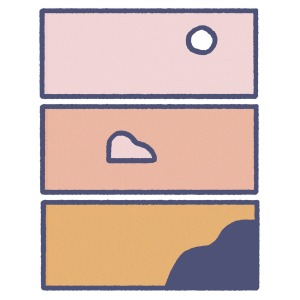 One would think this would be a bad time to launch a new label, but good music finds a way of breaking through.  Lyon, France’s wabi-sabi tapes has picked a winner in the end of music, a release whose very title seems ironic given its catalog number (001)!  The title refers not to the end of music per se, but the last notes of pre-existing tracks.  While different in timbre, the new tape pairs well with Botany’s Fourteen 45 Tails, which we reviewed earlier this year.  That single, half-hour piece was comprised of downbeat loops; the end of music concentrates more on notes.

The concept of Morusque‘s new tape also honors the name of the label, which refers to the Japanese concept of beauty in age and in flaw: the cherished face of a wrinkled grandparent, the chip or crack that makes a cup more endearing.  In this case, the subject is the overcrowded hard drive.  Our manner of listening to music has changed, but we can still appreciate the poignancy of a closing note (or in some cases here, sound).  In the old days, it meant a 45 was over and we had to grab the needle before it reached the end; today it means pressing pause before the next track begins.  There’s little time to appreciate the silence at the end, because the next thing is always on its way.

The album begins with “the end,” an overture of sorts: three swift piano notes (reminiscent of Yes’ “Roundabout)” which are allowed to repeat as they are joined by a guitar strum, an orchestral fade, more piano notes, the end of a word, water, tappings, a bell, trills and applause.  It’s amazing how a complete track can be collaged from singlular seconds.  This leads directly into the big closing chords, heavy metal blasts, staccato stabs, laser beams and drum beats of “the decision,” one of the album’s more aggressive pieces, sounding a bit like The Beastie Boys’ early experiments.  As “the disjunction” introduces static, it’s interesting to realize that it reminds us more of vinyl than of hard drives; this disjunction is multifaceted.

All of these pieces are rhythmic, though difficult to dance to, but dancing is not the point.  The more tempo-driven tracks prompt the head to nod in time.  Since so many styles are represented (the press release lists “church organ, glitch music, chiptune, dada songs and more”), it’s really a love letter to music and the ways in which we enjoy music.  We want our books and our movies to have satisfying endings; to a lesser extent, the same is true of tracks.  An unresolved track may be an artist’s choice, but the approach seldom works with singles.  Fourteen out of sixteen of Morusque’s creations could actually be singles.  While most melodies are unextended, pieces such as “the discovery” and “the harbor” have a sense of development, creating new melodies by stitching together notes to make sequences; the latter comes across as a lost chill-out track from the mid-90s, as does “the drift.”

“You” conjures fond memories of the “Married With Children” episode in which Al Bundy can only remember one word of a song (see clip here).  In Morusque’s track, the word is “you,” and is likely to drive someone as crazy as Al.  But the best track, both for listening and for musicologist purposes, is the closer.  “no encore” begins with a single note, a thank you, and rounds of thunderous applause, which is amusing in itself; then waves of final chords, notes, words and various degrees of clapping, combined with the question sparked by the title (“Is the band going to return?”).  Then we hear the sound of the run-out groove, a follow-up burst of activity, and over a minute of silence.  Normally we wouldn’t want so much silence at the end of a track or album, but the quietude is a reminder that we don’t always need to go from song to song without reflection; there’s plenty to reflect on here, and we can be thankful that while the music has ended, this is not the end of music.  (Richard Allen)