Castles in Space ~ The Isolation Tapes 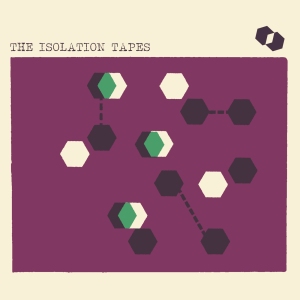 The Isolation Tapes scores a rare hat trick.  Not only is Castles in Space’s new compilation of excellent quality throughout ~ 63 tracks in 5 hours ~ it’s also a charity release and a historical document.

The rules were simple: record a song between March 23 and April 17, and send it in.  As we’ve noticed on our own music site, far more artists are recording at home, resulting in a tripling of submissions.  So we’re familiar with the challenge faced by Colin Morrison of Castles in Space, who received over 250 tracks to consider for the project.  But how to narrow it down?

This is a tough problem, but a good one to have. Morrison made two crucial decisions, each of which we applaud.  First, submissions really had to be new (not completed or reworked), in order to gain a sense of the collective quarantine effect.  Second, the dark and dystopian tracks were left off the final list, not due to their quality, but to the public need for “a little light and positivity.”

There’s definitely a place for the latter type of music, and it’s easy to see why artists might be depressed or angry these days.  It probably doesn’t help when their music doesn’t get chosen by labels and review sites!  I for one can empathize with them ~ but from a personal perspective, I enjoy dark music better in bright times, which seems counterintuitive.  Dark music in dark times should feel like empathy, but for many it feels like too much.  When the world has tipped in the wrong direction, it needs balance.

The proceeds benefit the Cavell Nurses’ Trust, which aids nurses, midwives and health care assistants when they are in financial crisis, as so many have been of late.  This is a great way to say “thank you” to our essential workers, and if their bosses are really nice, they may allow their staff to play this music while at work.  Even a 10-hour shift yields only one repetition, far better than the rotation on any but the most adventurous college radio station.

The CD starts with a pure prologue: Imperfect Stranger’s “Hymn to the Sun,” the beginning of a new day, and a continuation of all that is good.  The violins don’t arrive for three minutes, and when they do, they bring drums.  The track is a wonderful example of one of the project’s rules: stay positive.  The galloping video game tones of Keith Seatman provide an early taste of the fun to be found: is that a synsonic drum?  Based on the title (“Top Hat Disco”), it wouldn’t be a surprise.  Concretism’s flavors underline another side effect of the virus: we’ve gone retro, looking to the past for consolation and a sense of normalcy.  Yves Malone’s “Stiff Starter” is pleasantly reminiscent of “The Chase.”

Everything here is electronic, although not everything is percussive; every so often there’s a nice break, like Ffion’s ambient “This Limbo,” or the birds that launch Pulselovers’ “Crow Bait,” one of the tracks that must have just made it in, as it borders on the industrial.  Clay Pipe Music’s Vic Mars contributes “Skylight,” producing a strange coincidence since Clay Pipe Music is run by Frances Castle.  Barnyard animals make an appearance on Soundhog’s “Impasse,” and the disc concludes on a somber note with Jonathan Sharp’s “The World Without Us,” a possible reference to the book by Alan Weisman in which humanity disappears and nature reclaims her own. 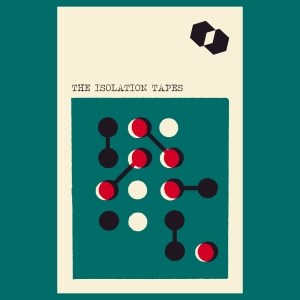 Now to the tape ~ or more accurately, “tapes” as Side Three of the tape is a download.  Side One begins with happy percussion and one of the project’s few vocal tracks, Hattie Cook’s “I Get By,” whose lyrics cover walks, fears, and adaptations.  The Central Office of Information’s “New Pathways” is another track that may have just snuck in, but it’s a good one, reminiscent of slow driving, top down, hydraulic pumping hip-hop.  Apta’s “Sun” returns the tape to the sunny timbre, and boasts some neat speaker-to-speaker tones.  Despite the differences in tone, one central theme stands out: all of these tracks sound like summer.  With hopes high for beaches and parks, this is the perfect soundtrack for a pent-up audience.

The fun continues on Side Two, although we have to admit some of these tracks are getting a little darker.  Have we been in lockdown too long?  Is darkness beginning to look like light?  Fea and Twenty Three Hanging Trees’ “Hand Glass” seems like an outtake from an apocalyptic film score, which makes us wonder how dark those other tracks were.  To cement the suspicion, Side Two includes an artist called Sound Effects of Death and Horror and the track titles “Theme for Cold Warfare” and “Death Moves,” the latter including a sinister voiceover.   Perhaps the best comparison is to “Stranger Things,” which is dark but not too dark, allowing for a comforting rush of nostalgia despite the presence of monsters.  The tape concludes with Plain Jane Superbrain’s “For Some the Stars Are Our Guides,” built around the word “isolation.” 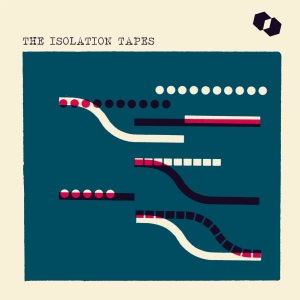 Things get really interesting on Side Three: the bonus tracks available only in digital form.  The project’s four longest tracks appear in this set, which alone is too long to fit on a burned CD (I tried!)  While in some cases it’s easy to tell why these tracks were left off the CD and tape (the length of some would have broken the flow), it’s not for lack of quality.  In fact, some of the best tracks are here, which means, don’t ignore the bonus!  In fact, Chris Lambert’s “Halls, Corridors, Outside Spaces and the Old Chapel” may be the set’s single best entry, a mingling of field recordings, electronics and the voices of students from Theale Green School, producing a feeling of normalcy in an uncertain time.

Dohnavùr’s “Surmonter” is a gorgeous mood piece, developing a dramatic keyboard arpeggio midway.  It ends abruptly, but would have been just as appealing at twice the length.  And UltraLux’s overall set closer, “Circuits of Capital,” is a slow-growing, immersive drone with meditative, wordless vocals, a beautiful bookend to “Hymn to the Sun” and a sunset to its sunrise.  When all is said and done, we’re overwhelmed by the bounty of The Isolation Tapes, and by the wealth of music that has been inspired by and produced during the pandemic.  This reservoir of creative positivity provides reason to be hopeful that the new normal might be even better than the old.  (Richard Allen)