What is the purpose of recorded sound? As music lovers, we live and breathe it. But what is its raison d’être? Recordings transport us into distant places or timeframes. They prompt emotional and intellectual responses. The aural can complement visual and spatial arts. It can be raw material for further sonic explorations. Perhaps multi-disciplinary artists are those best placed to appreciate, frame, and sculpt the idiosyncrasies of sound-capture. 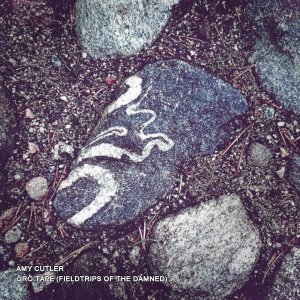 Amy Cutler is a geographer, filmmaker, writer, and artist. This cassette offers a sonic interpretation of her residency on Örö, a Finnish island with a military past. It may seem self-evident that field recordings transport the listener to a particular moment in another place. Cutler does this with the burr or insects, the harmonies of natural processes, the rhythms of human activity. The centrepiece of the album, “Vigil for Örö”, features the clang of metal, the disturbance of water, and the hum of electric generators. Bristling against one another, the natural and manmade climb to a dramatic conclusion.

However, the Örö that emerges is neither singular nor stable. Cutler combines sounds irreducibly strange, offering defamiliarizing snapshots in double-exposure. We are not asked to believe in the objective truth of the resulting image. The presence of the sound-catcher, her way of listening, and the nuances of her medium – these are all an active part of the work. Across the album, a miscellany of sound nestles in the sonic ephemera we would normally filter out: the wobble and warp of tape, the breathing of the observer, the wind over the microphone, the rustling of pockets and kit bags.

Field recordings are in the DNA of this album. But magnetic tape is put to other uses too. Segments of spoken poetry remind us of alternative kinds of seeing and recording. At one point, Cutler overlaps snippets of whispered journal entries, making a chaotic elastic band ball of taut language. She utilises found fragments of music, putting samples of song into isolation under a microscope. “Riddles of the Firmament” consists largely of a 1971 bluesy prog-rock track. (Naming it would ruin the riddle.) Reworking the atmospheric weather of the original, Cutler repurposes sounds unrelated to Finland. In place of a neutral depiction of the site, she distils the essence of her own island experience. 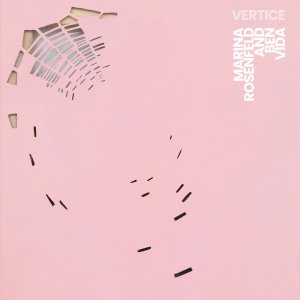 Like Cutler, both Marina Rosenfeld and Ben Vida are artists working across disciplines. Their work for visual media, performance, and installation inevitably shapes the way they treat recorded sound. Both are established composers and performers, exploring improvisation jointly since 2014. Vertice documents two performances at the Fridman Gallery in 2016 and 2019. Their division of labour is audibly apparent on this album. Vida focuses on synthesised sound textures, whilst Rosenfeld employs the classic techniques of musique concrète: looping, reversing, and manipulating audio from existing media.

Across the two tracks, they explore various sonic avenues. Settling briefly on a direction, they don’t hesitate to turn sudden corners and redraw the map. The opening passage traverses wordless vocals, bells or chimes, pianos and guitars, then whooshing sputters and whirrs. We spend time amid faltering loops of a possessed theremin, then long drones of amplified feedback. Is the listener’s role to make the shifting terrain cohere as an artwork? Like much improvised art, the outcome is an assemblage and a process, more than a self-contained artistic product.

The second track is equally restless. Sci-fi synth is pierced by choral shards, then shaken by echoing bass booms. Strings are plucked in short snippets against metallic abrasion. Frantic mechanical friction plans its attack against a restful roar of decay in which the performance ends. Both pieces unsettle the listener through collage and incompletion. Like Cutler, Rosenfeld and Vida continually make visible the limits of their medium and their processes of (de)composition. Stereo channels bounce the raw material of sound between them. A field of crackling analogue noise remains unhidden by the various signals.

For multi-media artists, it seems recorded sound offers both potential and limitation. These two albums are attractive vessels, brimming with ideas and possibilities, unable to contain the larger projects to which they belong. Sometimes, the beauty of recorded music is not in preserving an infallible record of events. Artists can instead embrace the partial and transitory nature of sound. (Samuel Rogers)