How do you know when you are home? Home might be a specific building, or a hometown, or a region. It might mean be a feeling of oneness we experience in nature, with family, or anywhere we belong. We may feel most at home when resting, or when we are creating. As Martin Heidegger philosophised: “building is not merely a means and a way toward dwelling ­– to build is in itself already to dwell”. For Heidegger, dwelling is integral to our human interaction with the world. In exploring issues of home and belonging, these two EPs approach the fundamentals of being human.

The new EP from Ian Wellman stems from a home invasion. Wellman describes a termite swarm in his apartment, apparently a common recurrence exacerbated by the neglect of landlords. We might see the rental bubble as The House that Ate Itself. Wellman, however, offers the neglected structure as a metaphor for our mistreated ecosystem. Since Heidegger published Bauen Wohnen Denken [Building Dwelling Thinking] in the 1950s, we’ve come to acknowledge our dwelling in the world as an act of destruction as much as creation.

Despite the homely theme, Wellman’s music is distinctly unheimlich. Dark passages of droning ambience lurk in the corners of its rooms. Magnified animal languages worry away at our human sensibilities. Wellman is a knowledgeable sound mixer and field recordist, running workshops and tutorials on the art of capturing and utilising environmental sounds. He carefully curates the uncanny by drawing on the sounds of our home planet, confronting us with their unfamiliarity.

Partway through the record, “Watershed” offers a kind of cleansing. Rippling manmade structures of ambience marry with the tidal sounds of water. For a moment, the impulse to build does offer a larger sense of dwelling in nature. Then come the unadorned noises of “Termite”, reminding us that we are not home alone. 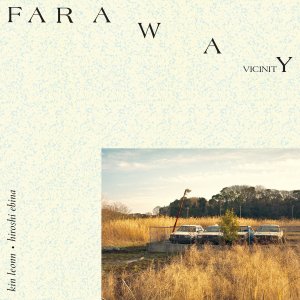 Whilst home is where the heart is, many of us have recently been trapped between four walls. We may crave other forms of dwelling that cannot be found indoors. A desire to be rewilded is captured exquisitely on this international collaboration by Kin Leonn and Hiroshi Ebina. The title Faraway Vicinity suggests Leonn and Ebina’s separation during the creative process. It also wills us to imagine some isolated place where we belong.

Babbling water, insect chatter, and birdsong seep into the silences of this EP. Leonn and Ebina rehome these fragments of nature in miniature soundscapes. Leonn’s piano-based ambience lends a lyrical narrative to “Human Crossing”. Ebina’s blend of synthetic and traditional instrumentation flows through “A Secluded Channel”, where the two artists sketch percussive melodies over reams of delicate ambient textures.

The EP saves the best until last, with “Leaving Home for the Fields”. In a few quiet minutes, Leonn and Ebina capture both wistful nostalgia and a triumphant affirmation of the now. Dawn arrives, the world is gradually roused, and we leave home to dwell in something larger than our isolated selves.

Following Heidegger, we can see creativity itself as an act of dwelling. Musicians create spaces for listeners to tenant. These two EPs offer very different sonic shelters, both worth occupying. Moreover, they provide an insight into our relationship with the Earth. Art can question our sense of belonging, prompting us to dwell in different ways. (Samuel Rogers)