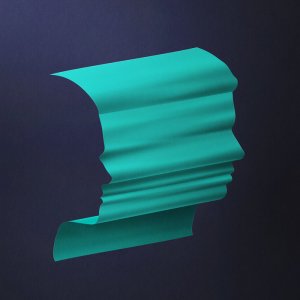 World Inverted is a perfect title for our times, and September 11 is the perfect release date, even if unintentional.  The events of that day sent waves around the world, and heightened interest in the unifying timbres of modern world music, a combination of electronics and ethnic influences.  Estonia’s Maarja Nuut & Ruum fall into this category: thoughtful, uplifting, and inspiring.

The title is taken from the Elisabeth Bishop poem “Insomnia,” whose closing stanza is quoted in the track of the same name.  The voices are lovely, a duet of natural and slowed tones reminiscent of Låpsley; but the tone is bittersweet.  In the world inverted, “the heavens are as shallow as the sea, and you love me.”  A deep dance beat develops as the vocals become more abstract, a hallmark of the album.  The thought is presented, but time is granted for introspection.  The same holds true for “Cloths of heaven,” which references W.B. Yeats’ “Aedh Wishes for the Cloths of Heaven.”  Again, the poem ends with inversion, a plea to “tread softly because you tread on my dreams.”  There’s more going on below the surface of these poems, just as there is more going on below the surface of these songs, a fact underlined by the title “Underneath There Is.”

The bulk of the album is lyric-free, beginning with the dub-inflected “We Get Older,” which should not imply that the duo is old; instead they seem like old souls in young bodies. The lyrics occupy most of the front half, while the back half is textural.  In “Circles,” Ruum takes center stage, demonstrating the duo’s symbiotic relationship.  Padded percussion provides the foundation for the piece, which becomes progressively more trancelike until the third minute, when it morphs into a classically-tinged, beat-free suite.  This is the album’s lynchpin moment, the factor that makes one sit up and take notice.

The onomatopoeic “Happy Mr. Kruger” and ambient “Candy Street” draw the set to a close, the latter sampling a rusty playground swing.  The world may be inverted right now, but there is still innocence worth preserving.  This being said, the duo ends on a foreboding note as planes pass overhead, which makes us believe the release date may have been more purposeful than we originally thought.  The closing crickets invite us to fill in the silence.  (Richard Allen)