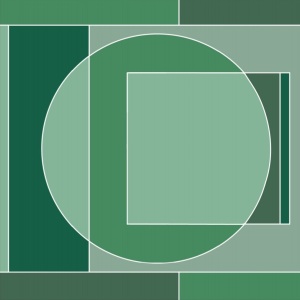 Whettman Chelmets has recorded some very dark music in the past, but For… is a beacon of light, with one of the warmest endings we’ve heard all year. While other pandemic-related sets concentrate on a single aspect ~ fear, isolation, quarantine ~ this one travels through the year of our discontent, season by season, from memory to hope.  Autumn receives two tracks, winter and spring three, and summer two, but the entire set is designed as a single piece.

The autumn pieces are suffused with field recordings and decorated with drone.  They conjure a cloud of unknowing, a sense that things are moving forward, albeit very slowly: a reflection of the days in which it felt the pandemic, the political dispute, the emotional malaise would never end.  In these days, it was hard to sense any sort of movement, especially forward.  And yet, autumn, as it always does, turned inevitably to winter, for many the hardest of a lifetime.  We dreaded this winter, as we knew it would be filled with death and despair.  The snow and wind arrive early in “New Year’s Eve does not Foreshadow,” and there we are, back in the celebrations, all too early, that would lead to the greatest spike of the pandemic ~ and less than a week away from the riot that would roil a nation.  A flock passes overhead, bracketing the piece: the same flock?  Or a reminder of life’s cycles?  By the second winter piece, the sound field has already begun to thaw, with pensive acoustic guitar.

The same acoustic sense continues straight through the last winter track into the first spring track, demonstrating that the calendar is a human construct; in nature, no clear dividing line marks the seasons.  In the same way, progress is measured more in increments than in leaps, and is often non-linear: one step forward, two steps back.  Still the earth turns on its axis and continues to revolve around the sun.  To everything there is a season, and a time to every purpose under the heaven.

As spring (“I Want Us All to Live”) turns gently into summer, the percussion gets un-stuck, the guitar strings move more rapidly, a hint of joy enters the fingers.  Chelmets is recording in the past while projecting into the future, something we are all doing a bit of these days.  We see hope on the horizon in new administrations and vaccines, and yearn to jump forward two seasons when alas, all we can manage is one.  Even in the midst of the “Unrelenting,” how can we keep from singing?

The birds are back for real in “The Promise of Better Days.”  Whettman is in the backyard, playing with his daughter and his dogs, Walter and Lenny.  “It’s a nice day, about 79 degrees out.  It’s a little muggy.  But it’s a nice day.  It’s a good day.  Today is a good day.”  This is the conclusion we all want to reach, no matter what the season.  The piece was recorded on Father’s Day 2020, the first day of summer, while the album is released on the last day of winter 2021, psychological tipping points. Internally and externally, may we all reach a season of calm.  (Richard Allen)