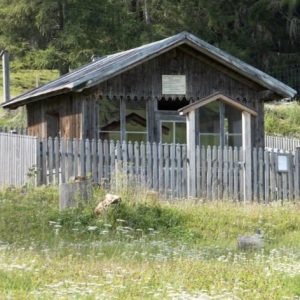 The natural world existed long before the creation of instruments: music made by wind and waves, birds and beasts.  During the pandemic, many people have rediscovered the aural joys of nature: music that is always playing, and that can best be heard without headphones.  Field recording artists capture these sounds like others do photographs, and share their sonic souvenirs with the world.

This year’s picks travel from the heat of a volcano to the frigidity of Antarctica, with pit stops in between: rainforests, greenhouses, hidden islands and rivers.  Some of these sounds exist a long plane ride away; others have been lost forever; still more wait just outside our windows, waiting to be heard.

Alyssa Moxley ~ Underdrift (Vertical Music)
Subtitled Volcano Music and sold as a hot lava cassette, Underdrift is a red and bubbling release. This exploration of life around and in the volcano takes in the local flora and fauna on its way to the magma as it waits to erupt.  Such sounds are rarely captured, as so many prefer to take in the sights; we’re glad Moxley had the foresight to bring recording equipment.  (Richard Allen)

Christina Vantzou, Jan Matthé, Christophe Piette, Lieven Martens ~ Serrisme (Edições CN)
Can you imagine 13,000 greenhouse devoted to table grapes?  This is the history of Hoeilaart in Belgium, resurrected in this multi-media effort.  Field recordings and music meet photography, poetry and prose, as serrists everywhere smile and reminisce.  Vantzou’s closing serenade is like the angel who bends over every plant, whispering, grow, grow.  (Richard Allen)

Francisco López ~ Hidden Island Music (untitled #398) (Discrepant)
While waiting to perform a concert on the island of Tenerife, Francisco López decided to wander into the surrounding area and record another album.  (Most people would be content to lounge by the shore or pool!)  The result is Hidden Island Music, the island sounds that might be unfamiliar even to its own inhabitants.  When a storm arises, we wonder if he’s made the right decision; but he survives to share his sonic treasure, and everybody wins.  (Richard Allen)

Ká ~ A Hidden River (Recordings on the Road)
It’s somewhat amusing to find Hidden Island Music followed by A Hidden River on this list, but the similar titles underline a salient fact: that some of the finest sounds on earth are heard by only a small segment of people.  This is where the field recording artist comes in.  Ká’s exploration of the Bohemian wilderness near his home offers a prime example of the healing power of nature.  His hidden river becomes a metaphor for the river of spiritual rejuvenation.  (Richard Allen)

Lawrence English ~ A Mirror Holds the Sky (Room40)
Returning to the tapes of an Amazon residency in 2008 (no, not that Amazon), Lawrence English lovingly reconstructs a soundscape that no longer exists.  Every segment of the rain forest gets its due: jungle, river, island, shore.  The lushness of the soundscape is a reminder that wonders exist beyond our limited aural reach.  (Richard Allen)

Manja Ristić ~ kairos & the dwellers (forms of minutiae)
Stranded on the Croatian island of Korčula during the pandemic, Manja Ristić still managed to make the most of her time.  Her recent recordings were already water-themed, and this album ~ whose time means an opportune time for action ~ explores the underwater sonic battle between residents and interlopers.  To developers, sea beds are a disposable resource; to others, they are home.  (Richard Allen)

Philippe Neau ~ étang donné (given pond) (Unfathomless)
Many of us have a favorite place that we return to time and again: a particular beach, a climbable boulder, or even a tree in our own backyard.  Philippe Neau’s place is the village pond.  Through the seasons and years, he’s returned to the pond for inspiration.  Over time, a hidden island (note the continuing theme!) emerged, a reminder that sometimes good things arrive out of nowhere.  His single-track, 35-minute soundscape offers the comfort of cycles and time.  (Richard Allen)

Philip Samartzis + Eugene Ughetti ~ Polar Force/Array (Room40)
This twinned release is a tribute to the Casey Base Station in Antarctica, a place of brash ice and katabatic winds, where only the most hearty survive.  Special instruments were constructed for these recordings, able to withstand sub-zero temperatures.  The music is just as important as the field recordings: call these experiments in cold.  (Richard Allen)

Sergio Armaroli & Alessandro Camnasio ~ Mahler (in/a) Cage | Casetta di Composizione (Gruenrekorder)
Mahler recorded Song of the Earth in the cozy environment of the Composition House (pictured at the top of this article).  Over a century later, Armaroli and Camnasio attempt to recreate his sonic environment using concepts from Cage.  Toward the end of this imaginative reconstruction, the strains of Mahler’s labor waft through an elaborate tapestry of rural sounds.  (Richard Allen)

V/A ~ New Chronologies of Sound (VIC NIC)
How has the pandemic changed the way we listen?  This new compilation offers multiple answers. In the presence of altered biophanies, we have become more attuned to our natural surroundings; we’ve sought sound as solace and panacea. The compilation is also connected to an exhibition and a sound bank, offering a wealth of inspiration for the eyes and ears.  (Richard Allen)