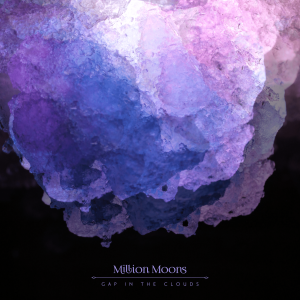 From melodic guitar to rhythmic drums to blistering distortion, this blended slate runs the gamut ~ a little like what the world has been going through in early 2022.  Sometimes we want to wail and scream at the world; other times we want to retreat.  The loudest albums are like the music of siege and defense, the softest like reflection and resolve.

We’re glad to see the rock arena waking up from its long winter nap.  Numerous artists around the world are announcing tour dates while getting their buses serviced for the road.  For those about to rock, we salute you!  And now to the last of our five seasonal previews; be sure to check our Upcoming Releases page for new additions as they arrive!

Rich’s Pick: birds in the brickwork ~ Recovery (Wayside & Woodland, April 1)
Back injuries can be debilitating, and rehabilitation extensive.  While recovering, epic45’s Ben Holton used the recording regimen as part of his healing process.  Perhaps as a result, the album feels unhurried and hopeful, an acceptance of conditions as they are, but with a sense of forward progress.  We love the recommendation to “fans of the instrumental post-rock side of epic45,” because yes, that’s us!  The early editions contain a 32-page photo book.

Tilth is comprised of Nathan McLaughlin and Cody Yantis, while Rock Music is the second in a series that began six years ago with Country Music.  The album begins calmly, and slowly stretches to a languid, enveloping form of rock music that includes intense jamming and even drone (Round Bale Recordings, March 25).  Somewhere along the way, Stellen Veloce turned into a supergroup with ten musicians playing an ever greater number of instruments.  This doesn’t mean they can’t be quiet when they need to produce dynamic contrast.  The two side-long tracks of Stellan Veloce’s Complesso Spettro are in no hurry, yet they still manage to arrive on time (Hyperdelia, March 18). On Avkjølingshistorie (The Story of Cooling), our geological history is coated with folk-rock and love.  Fiddle player Hans Kjorstad recruits ten extra players on everything from harmonium to bird flute, creating a metamorphic sound (Motvind, April 29).

Denovali is back with a pair of early spring releases.  Sankt Otten‘s Symmetrie und Wahnsinn is not only a calming krautrock album from a veteran act, it also arrives in a striking diecut sleeve.  After twelve years, the band hasn’t lost a step.  And darkjazz meets synth wave on The Lovecraft Sextet‘s Nights of Lust, inspired by 50’s horror comics and 80’s films.  Leader Jason Köhnen is also part of The Kilimanjaro Darkjazz Ensemble and other related bands (both March 25).

There’s a bittersweet story behind Richard J Riviera & Isak Sandstorm‘s Excursions.  Rivera was a friend of UFOlogist George Van Tassel, and these tracks were composed in his honor.  Prior to the album’s release, Riviera disappeared for a year and was later found dead of unknown causes.  These jazzy excursions veer into the unknown, enhanced by interviews of people claiming to have been abducted (sing a song fighter, April 1).  Darkjazz populates the grooves of Second Sight, where guitarist Julian Curwin is joined by the Midnight Lullaby Ensemble.  The castanets are a great touch, helping to produce a sheen of film noir (Romero, April 1).

Organ and flute enhance the template of post-rockers U137, who sound a bit like U2 (“Where the Streets Have No Name”) on set opener “Run Towards the Sun.” The bright-toned Imagination is designed to lift the spirit (Deep Elm, April 7).  Million Moons are using an anticipatory approach for the release of their debut album, unveiling the ten tracks one by one over the course of two seasons.  They caught our attention with the first video, Glimmer of Gold, and we’re happy to report that the rest of the album is just as compelling (April 29, cover at top of article). 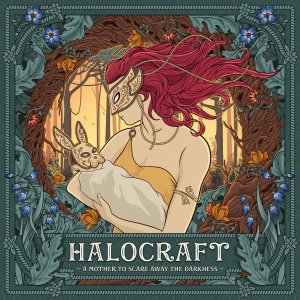 Vinyl delays have reshuffled the Made of Stone release schedule, pushing Black Sky Giant’s album to summer, but leaving room for Halocraft‘s A Mother to Scare Away the Darkness.  The cover art bears a folklorish tinge, while the music is melodic and cinematic, a blend of post-rock and pure rock ‘n’ roll (June 16).  The Long Hunt‘s name now seems prescient, as the Pittsburgh trio waited the entire pandemic to finally release Threshold Wanderer, using the ensuing time to add a video component to the release.  The album falls squarely between post-rock and post-metal, with a dramatic flair (April 1).  Also blending influences is Germany’s Soonago, who returns five years after their debut with the thunderous-sounding Fathom.  Like their debut, the new album contains four long tracks reflecting the sociopolitical climate (Kapitaen Platte, March 25).  With five songs in fifty minutes, OK WAIT justifies its moniker.  This heavy rocking quartet balances metal outbursts with breaks of atmospheric beauty.  Well is released April 1 on Golden Antenna.

The dark ambient realm wouldn’t be what it is today without Lustmord.  So why does the artist’s new album land here?  That’s simple.  The Others [Lustmord Reconstructed] features new takes on the 2008 album by artists including MONO, Godflesh, Ulver and The Ocean.  The 3LP set is the highlight of an extended box set called The Other (Pelagic, April 1).

The deeply personal Broken in Place is dedicated to Soñder‘s father, who lost his life during the pandemic.  In the liner notes, the beats are compared to the metallic sounds of hospital machines.  The sound is both rock and electronic, embodying the moods of depression and anger; the recording process must have been difficult and cathartic (Somewherecold, April 29).  Richard Pinhas resurfaces with Heldon on Antelast, a krautrock explosion of electronics and space rock (Bam Balam, April 23).  On the Seasons EP, one side has vocals and the other does not.  It’s a split release from DIMWIND and Breaths, the former a rocking Swedish post-metal band with a blistering quarter-hour piece, the latter guttural blackgaze, an unusual pairing (Trepanation Recordings, April 15).

L’Oree is a breath of fresh air, designed to get bodies moving in orbit.  French quintet Ashinoa makes music that borrows equally from the rock and dance arenas; even when the tempos slow, the drums remain trancelike and funky (Fuzz Club, March 25).  Halted is the new EP from math rockers North End, the title another reflection of the pandemic’s effects.  While the tracks were recorded separately, the band sounds tight and together (Somewherecold, March 31).

Norwegian supergroup Action & Tension & Space is now even bigger, thanks to the addition of two new players.  As a result, Tellus is even more rocking, even more groovy, and an all-around blast to play (Rune Grammofon, March 25).  On the same day, the label is set to release a live jazz set from Master Oogway with Henriette Eilertsen‘s Happy Village, pulled from a series of COVID performances.  The Kjetil Mulelid Trio‘s Who Do You Love the Most? will follow on April 29.  Spanish jazz finds a showcase on Manel Fortià‘s Despertar, on which the bassist leads a trio through a vibrant series of brightly toned workouts (Segell Microscopi, May 12).

SE3 may sound like a sequel, but the title refers to finger-style guitarist Spencer Elliott‘s expansion to a trio.  With drums and bass filling out the classic rock sound, an even wider array of fans may be reached.  The Red Hot Chili Pepper-esque  Torque is the first single (CandyRat, April 8).  After being hit by a car, breaking his collarbone, seeing a relationship end and oh yeah, the pandemic, Taylor Barefoot translated his Distressed Signals into music, finding the process cathartic and healing; in the process, he met his new wife, which leads the later tracks to gratitude (April 8).  Komische band The Utopia Strong is already showing a great deal of confidence on “Shepherdess,” the transcendent first single from International Treasure (Rocket Recordings, June 10).