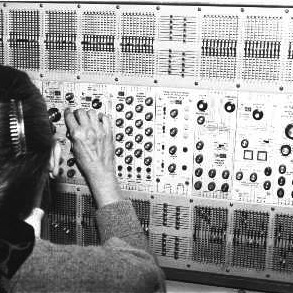 Before resuming the Sound Propositions series, I’d like to take some time to reflect on 2012.  I’m a bit late on this, granted, though I have my reasons (and not just that I’ve been recovering from the holidays and a move to a new apartment…)  In the rush to publish the best lists possible (and I think our inagural series was by and large an overwhelming success) we often miss out on late year releases.  Or conversely, we forget about recordings that made an impression quite early in the year.

Speaking only for myself, though I don’t think this is uncommon, I don’t primarily listen to new music so my memory of what’s new may also be skewed.  In spending a lot of time with older music, it sometimes takes longer for certain releases to make it into my orbit, even when I fully expect them to be excellent.  For instance, it’s only been in the last month that I’ve listened to Piramida, the latest LP from everyone’s favorite Danes Efterklang, demonstrating once again that they write some of the best arranged and affecting rock music anywhere.

This year saw my output shrink (reviewed 10 albums, produced  11 mixes and mini-interviews,  2 Sound Propositions articles/interviews , and 1 long article/festival review and interview with Francisco Lopez, plus assorted news articles) but its also been the work I’m most proud of.  I’ve also conducted long interviews that will make up the next four installments of Sound Propositions, as well as some other stuff that will finally see the light of day in the next few months.

So,  after all the lists we’ve published, including great suggestions by our friends,  I don’t feel much of a need to produce my own arbitrary ranking. I’ve already promoted  45 of my favorite records of the year in my ACL 2012 mix  (even though I wish I could have also included more tracks, from the likes of M Geddes, Sun Araw and The Congos,  Vivaldi Recomposed by Max Richter, Raime, Converge, Mt Fuji Doomjazz Corporation, Efterklang, Orcas,  Talvihorros, Fabi Orsi & Pimmon, and many many others). And if all those releases weren’t already enough, Gianmarco Del Re’s list of  10 Underexposed Albums of 2012 for  Fluid highlights some Italian experimental gems that deserve great admiration.  I’m especially happy he turned me onto (etre), retina.it,and Martino Traversa. I also keep a running archive of things I’m into on my tumblr, so check that out if you’re into such things.

I’m often asked how I discover new music.  (How I’ve developed such good taste is a topic for another article…)    Aesthetic judgments are based on what we value, and all too often we don’t interrogate, or even acknowledge, what it is we value.  What we find beauty in, what we invest with value, says something about the very core of our being.  Every aesthetic judgment is also an ethical judgment, about the social relations produced or implied, the creation of the work itself, the circulation in the larger ecologies art is embedded in.  Therefore my hunt for new music always begins with labels who have already earned my trust.

Senufo Editions – Giuseppe Ielasi‘s boutique label has continued to produce some of the finest experimental music anywhere, in excellent small-run editions.    Kassel Jaeger’s Fernweh, Luciano Maggiore‘s intersezioni di vortici, studi ritmici e false chimere,
and Nicola Ratti‘s Streengs are just three reasons to check out this label, to say nothing of their back catalog, which can be streamed at bandcamp. All of course mastered by Ielasi himself, so you can’t go wrong.

Fratto9 under the sky – Another small Italian label that is consistently blowing me away, with past releases from Luminance Ratio, Andrea Marutti, Jealousy Party, A Spirale and Newtone2020.  This past year saw great releases from Luca Sigurta, Alberto Boccardi, Terrapin, and the Luminance Ratio 7″ Series, which included splits with Steve Roden and Oren Ambarchi.

Experimedia – I first encountered Jeremy Bible’s Kent, Ohio-based Experimedia as a mail-order company specializing in experimental music, but Bible’s label is clearly the true labor of love.  Bible and co. really stepped it up this year, revamping their website, continuing to run a great store, as well as releasing great new work by From the Mouth of the Sun, Celer, Damian Valles, and others.

Entr’acte – Packaging says a lot about a labels core mission, and the aesthetic simplicity of Entr’acte signals a strong dedication to music speaking for itself.  Look no further than outstanding work from Giuseppe Ielasi, Bellows, Enrico Malatesta, Zbeen, Machinefabriek, and a great deal more.

Constellation – This Montreal label needs no introduction.  They mean to the experimental scene what Dischord meant to hardcore.  They defy genre, and consistently release what they want, in beautiful packaging and on high-quality vinyl. 2011 was a really strong year for the label (Matana Roberts, Esmerine, Efrim’s debut, another Mt. Zion record, Colin Stetson), but 2012 kept the quality high with new releases from Evangelista, Sandro Perri, Tindersticks, Elfin Saddle, and the second volume of Musique Fragile, which included a collaboration between Hangedup & Tony Conrad.  Oh, and Godspeed released a new album out of the blue.

Some years ago a friend passed on a compilation of Angolan music to me, and I’ve been hooked since.  At first I thought the three Buda Musique (the label best-known for their Ethiopiques series) compilations, covering the ‘50s until ’78, would be more than enough, but how wrong I was.   Earlier this year I picked Analog Africa’s Angola Soundtracks, which has become my most listened to album of the year.  I’m now working my way through the rest of their releases.

I’ve been following the blog of Marcus Boon, already one of my favorite contributors to the Wire magazine, since picking up his book In Praise of Copying last year.  His recent guide to Drone music is worth a look, but I’d especially recommend this introduction to Global Bass music.  I’ve been gradually working my way through different regions and traditional musics from Africa and Latin America, but I realized I’d been neglecting so much contemporary material.  This serves as a pretty good primer.  Check out some Angolan House music in particular.

It seems wrong to reflect on my favorite music of the year and neglect performances.

Daniel Higgs – Higgs’ is best known as the singer of the group Lungfish, who I knew through their associations with Dischord records, but I’d never checked out his solo work.  He opened for OM on their recent tour, but I was much more blown away by Higg’s earnest and powerful music.  More than most, Higgs’ music grows out of the experience of performer, the liveness, the tension between audience and artist.

steve roden – Steve came to Montreal to perform as part of the Suoni per il Popolo music festival.  Following an artist talk and workshop, he performed a site specific piece at La Sala Rossa, manipulating audio-video clips in Quicktime, recorded around the building earlier that day with a simple handheld camera.  Following his performance, he joined Seth Cluett in a rare duet.  Roden’s live work is patient and focused, not commanding attention but waiting for it nonetheless, animated by the extreme risk of the unknown.  It was a special evening.

Mario Bertoncini –  Even at 80 years old, this Italian experimentalist is still exposing the word to new ideas and new sounds.  A member of the famed Italian improvisation group Nuova Consonanza, Bertoncini presented an evening of his works for the Aeolian harp and specially prepared piano, the latter of which was especially beautiful.  The Aeolian harp was an instrument of his own creation, utilizing compressed air to strike the instrument, resulting in a very unique action unlike that of a plucked or bowed string.

Tim Hecker – During the 2012 edition of Pop Montreal, Tim Hecker performed in the Red Roof Church.  After a light opening set from Julia Holter, Hecker quickly dimmed the lights and conducted his business.  The music took us on an emotional journey akin to that laid out by a good DJ, but for a crowd of people sitting transfixed rather than dancing. Not the greatest soundsystem I’ve seen him perform on but perhaps the best sounding space, it was every bit as loud and physically punishing as a Swans concert. Seated in a Church, everyone looking down or looking up, one couldn’t help get the impression of a dark mass.

AKOUSMA – My first time at the AKOUSMA festival, and I was simply blown away by extraordinary performances by Martin Tetreault, Francisco Lopez, and others. See my complete review here.

John Cage @ 100 –  How best to honor the memory of an artist as influential as Cage than by reanimating his work? In NY, I witnessed a rare staging of his Song Books by none other than Alarm Will Sound.  Later in the summer I joined the Varispeed Collective for Empty Words, a durational piece which continued through out the night, ending as we walked through the quiet streets of downtown Brooklyn across the Brooklyn Bridge at dawn. While in Detroit I was lucky enough to catch New Music Detroit‘s Strange Beautiful Music, which included a number of Cage’s earliest works.  Quite a range, but all reinforced how great a legacy Cage leaves behind.

Lastly I’ll just mention some of the standout mixes, mixtapes and remixes that impressed me this year.

Brookyln’s latest bright light in the hip hip world is the collective ProEra, who closed out the year with a strong mix tape PEEP The aPROcaplypse.  Download here.  Tragically they also suffered the loss of member Capital Steez. He was only 19.

Clams Casino is best know for producing A$AP Rocky, Lil B, and Lana del Rey, but even if you can’t get down with those artists, his Instrumental Mixtape 2  might surprise you. A friend referred to this production style as PBRnB, and that feels pretty spot on to me.  It’s got hip hop and RnB’s  pop sensibilities, grooves and beats, but with a more ambient, spacy vibe and utilizes a lot of mostly female vocal samples from indie and pop rock.

mnml ssgs  – Sadly this site called it a day midway through the year, but their contributions won’t soon be forgotten. The Silent Servant mix in particular is dope, but check out their archive here.

secret thirteen – Another site specializing in mixes, they’re managed to keep the quality high and the output steady for a while now.   Steve Roden’s mix from Christmas Day was a real pleasure.