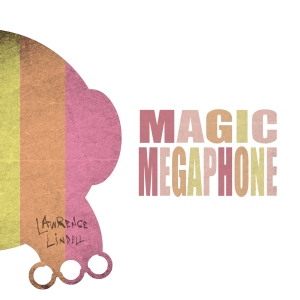 One of the great pleasures of reviewing over time is the ability to watch artists develop.  Lawrence Lindell has been improving with each release, and for the third time in a row, his newest work is his best.  A Nomad Story was more consistent than Eclectic Frequencies, and Magic Microphone has the best tunes.

There’s only one misstep this time around, and it comes early, so we’ll get the discussion out of the way early as well.  The album should start at 01:00 of “Seeds”, after which the flow is relatively consistent throughout.  But for some reason, a jarring splice (after a split second of silence) is inserted at 00:59 of the 01:17 track.   The first minute is a good minute – it just doesn’t belong here, and perhaps could have been an interlude elsewhere.

From here on, Lindell dances on solid ground.  The strong “Baobob” (the album’s first single, available since December) launches the album into a series of groove-filled expansions reminiscent of Botany.  After months of hearing “Pt. 2” immediately after “Pt. 1”, it’s interesting to hear the tracks separated by six others; now one is able to appreciate each in its own right.  As the second is so different, with its looped vox and rapid rhythms, only those who read the track titles will be able to discern them as parts of a whole.  The rapid b.p.m. makes “Pt. 2” a wise choice for its new late album slot.

Are there other “Baobob”s on the album?  Absolutely.  Nomad Story was billed as an autobiography, and needed to abide by certain narrative rules; on Magic Megaphone, Lindell is freed to just bring the tunes.  And bring them he does.  Almost everything on the album is a treat for the creative dancer, with bright tones, evolving rhythms and a sense of adventure.  The album’s best moment  is the stuttered tonal shift at 00:53 of “Magic Jetpacks”, the antithesis of that found on “Seeds.”  This shift brings an already magical tune to the next level, beefing it up with drums and new sub-melodies.  These drum patterns morph several times, most obviously at 01:54, underlining our prior observation that Lindell could make a kick-ass mix tape if he so desired.  The only downside is that when Lindell doesn’t shift patterns as much on later tracks, the listener is left a bit hungry.  He also thrives in the mid-tempos, more so than in the near-drum ‘n’ bass arena.  “I Ate the Magic Fruit” is right in his wheelhouse, fast, but not too fast, over the speed limit but not enough to alarm an officer.

At the rate in which Lindell has been releasing music, we expect another album from him later in the year.  Such a schedule would usually make us suspicious – we know an artist who sends us something nearly every week, diluting his ideas to broth – but Lindell has proven that he is able to commit fully-fledged productions to wax (okay, digital, but they belong on wax) in a swifter-than-normal fashion.  We’re already looking forward to magic album #5.  (Richard Allen)